I don't always workout, but when I do, I workout with Superman. #Superman #GymStuff @FlexGymBudapest
A post shared by Henry Cavill (@henrycavill) on Feb 3, 2019 at 8:53am PST


When Henry said he was busy working out for his role as The Witcher, he wasn't kidding...

Look at his transformation in just a few months. He's bulkier than Supes! 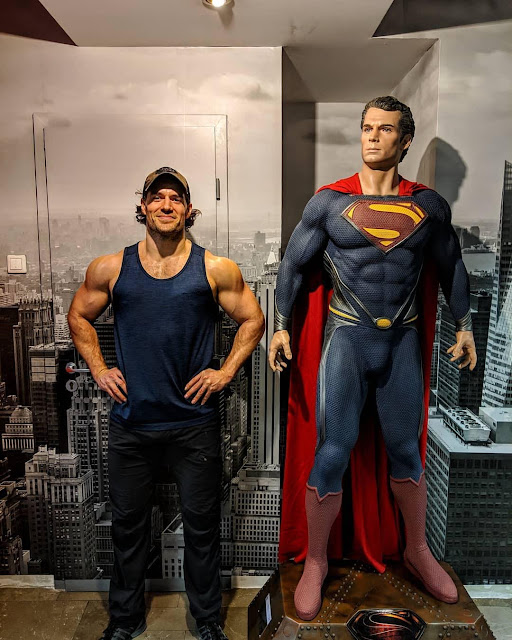 Henry has been in Budapest filming the Netflix show since last fall, and now that he's revealed his new physique -- no doubt he'll be taking care of those monsters as fast as the director yells "rolling!"
Posted by Blog Administrator