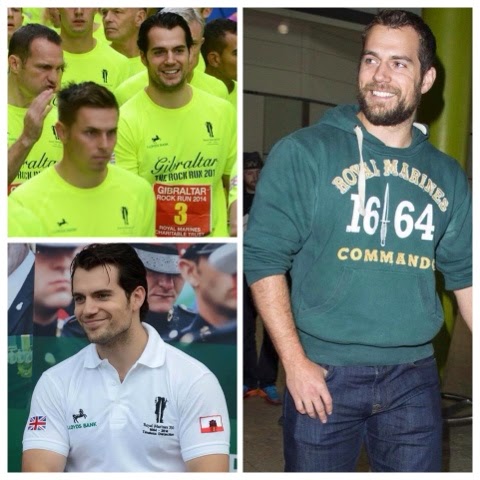 It's a big day at Henry Cavill News, and it's all thanks to your support for Henry!

Currently the amount raised is £19,538.03, so I've donated £461.97 to enable the target to be reached. Congratulations to everyone who has donated.xxx

Henry was so grateful for the fan support in this cause that means so much to him, when we spoke to him as he participated in the Gibraltar Rock Run. Please don't miss his message for YOU.

On his fundraising page, Henry made it clear why this is a charity he wanted to be involved with:

As we wait for word on his next event as ambassador for the RMCTF, we'd like to once again thank you for helping us help him. We couldn't do it without you, Go Henry!

Please feel free to leave him your message.

@HenryCavillNews @RMCTF it was a long journey but Henry made it Congrats and to all who supported job well done👏👏👏
— de_valt (@devalt129) March 16, 2015


@HenryCavillNews @RMCTF these men and women put their lives on the line for us. Where would our world be without them to protect it
— emma hughes (@emmaphughes) March 17, 2015