The Witcher will soon be filming in Spain, but it looks like the cast and crew are still in Budapest. Today director Charlotte Brändström shared a new photo, as she works on the Netflix series. There is also word that The Witcher will be shooting in Slovakia sometime this spring.

Some of the cast share updates once in a while, and this week Adam Levy has been updating fans when he's on set (most recently with Henry). This is one of his latest posts. Not much more to say since Netflix is keeping a tight lid on this production. Keep checking back for the latest updates on everything The Witcher!


UPDATE: Showrunner Lauren S. Hissrich posted a new pic from set and hinted that it is indeed very cold at the locations where they've been filming. More to come. 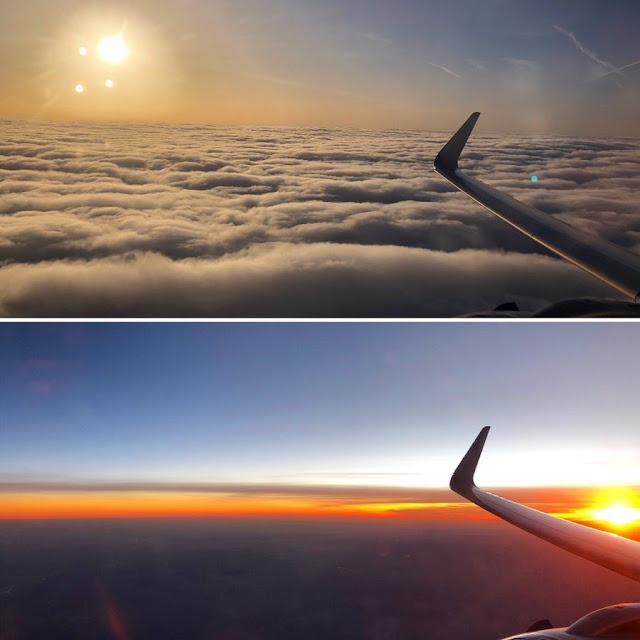 The Witcher has been filming in Hungary since last fall, but later this month production on the fantasy series will shift to the Canary Islands in Spain -- reportedly setting up first in Gran Canaria before moving on to the islands of La Palma and La Gomera. It's not clear which cast members will make the trip, but it's a pretty safe bet that Geralt will be taking in the magnificent vistas that the Spanish islands have to offer, so stay tuned!

In the meantime, here are the latest updates from the cast working in Budapest. We're still waiting for official word on when The Witcher will premiere on Netflix.

No hiding it now I guess 🙈 stoked to be a part of this. #thewitcher #netflix #filming #gaming #stoked
A post shared by Ossian Perret ⛄️ (@ossianperret) on Feb 8, 2019 at 9:07am PST 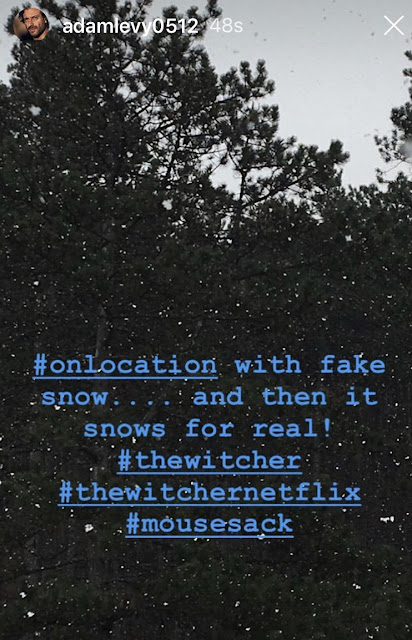 Bring apples to work for my colleague. My colleague is BEAUTIFUL and has STRONG feet. And I get a name on a chair to make sure I know where to sit. SO MUCH FUN! #thewitcher #netflix
A post shared by myannaburing (@myannaburing) on Feb 4, 2019 at 1:00am PST 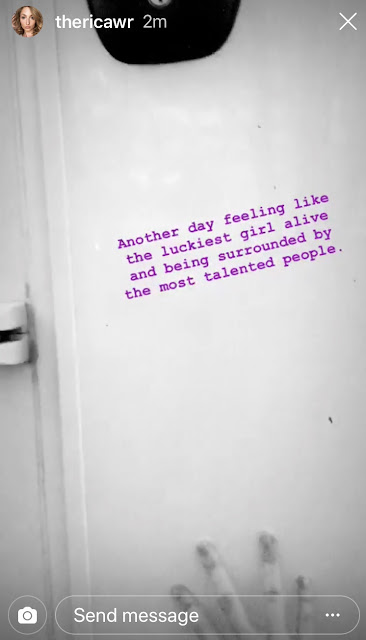 Flight back to #Budapest. Back to #thewitcher 😈 #istredd
A post shared by Royce Pierreson (@raycopierreson) on Feb 12, 2019 at 8:21am PST

UPDATE (2/18): Adam Levy was on set with Henry and Anya Chalotra today and he shared these posts! 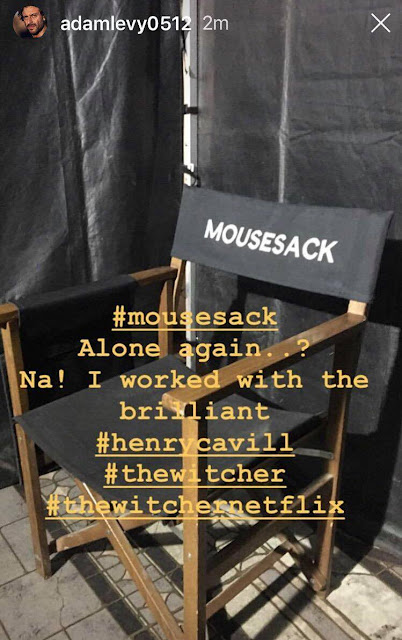 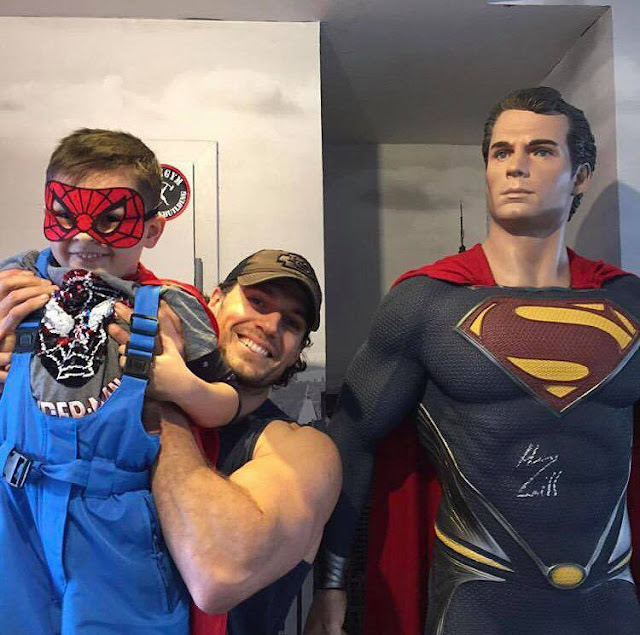 You could say it's been a SUPER February!

After Henry's post showing his incredible transformation for The Witcher and his trainer's follow-up photos from Budapest, we now get the sweetest pics from a young fan (with an apparent alliance to Spider-Man).


Thank you for letting us share your super moment.

While Henry has been completely immersed in the world of The Witcher, his legacy as Supes follows him everywhere he goes. Lately there's been a lot of chatter (this is a good breakdown) about Superman potentially making a cameo in Shazam, and the latest ad only adds fuel to the speculation...

View this post on Instagram
Witness an exclusive sneak peek of #SHAZAM exclusively on #Aquaman.
A post shared by Aquaman Movie (@aquamanmovie) on Feb 12, 2019 at 10:14am PST

Shazam comes out April 5th, so not long now until we find out!

Keep checking back for the latest updates on everything Superman and The Witcher.
Posted by Blog Administrator 3 comments:

Super Souvenir: Where To Request An Autograph From Henry 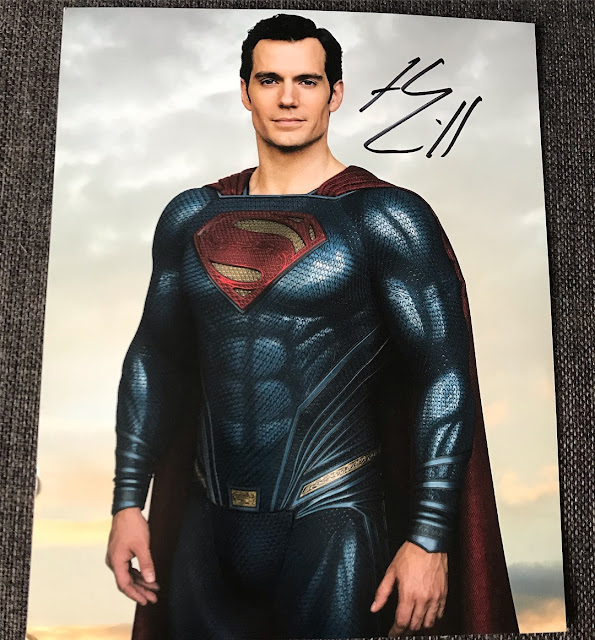 
You guys have been asking us where you can request an autograph from Henry, and here's the info you'll need.

Include a stamped, 8x10 self-addressed envelope and mail it to the address below (they will provide the photo).

Make sure the correct postage is attached. Be aware that they cannot guarantee a reply, or accept responsibility for any gifts sent.


Good luck and please let us know if you hear back from him!

Wow first I got an autograph from @TheRock about two weeks ago, and now I got one from #HenryCavill! 😍😍 pic.twitter.com/lCVTC83BQO
— 💞Siobhan Moreau💞 (@1SMacFarlanefan) February 5, 2019

@HenryCavillNews Here's mine. Saw "Batman v Superman" March 2016. Wrote to Mr. Cavill April 2016 and received signed photo June 2016...and oh, yeah, did a happy dance when I saw my SASE in my mailbox. A million thanks for letting me share this! :) #HenryCavillNews #HenryCavill pic.twitter.com/nk81tHmAiW
— Rolando Castillo (@RACastillo59) February 13, 2019