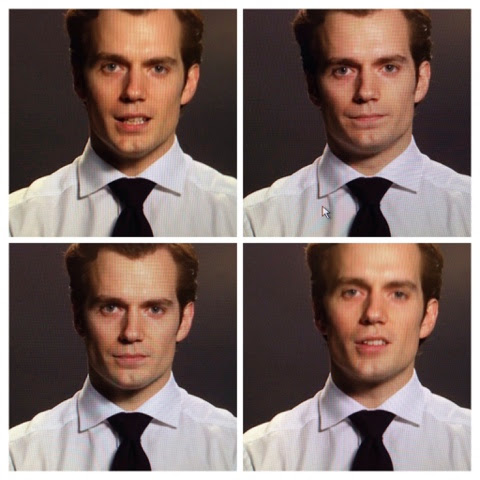 Henry Cavill has become an ambassador for the RMCTF (Royal Marines Charitable Trust Fund). Today he launched (by video link) the last leg of the Royal Marines 1664 Challenge that is raising funds for the charity:

In 2014 the Corps of Her Majesty’s Royal Marines will celebrate their 350th anniversary. To commemorate this date, Royal Marines Commandos will ski, sail, cycle, canoe and run 6656km (circa 4136 miles). The aim is to encapsulate the Commando spirit and Corps values in a significant physical and mental challenge.


#HenryCavill speaking to the men of the Royal Marines before the start on the run http://t.co/XrNIAKNoJm #marines pic.twitter.com/bOmtmsEJ6l
— RoyalMarineChallenge (@RM1664Challenge) May 26, 2014 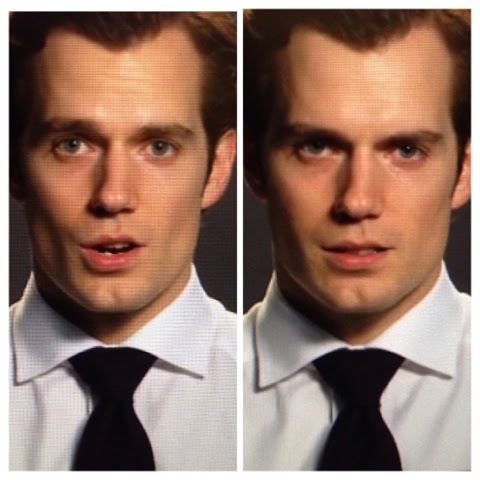 Formed up at the Corps Museum ready to start the 1000 mile run just after watching #HenryCavill launch the run phase pic.twitter.com/85VCzBQ7pX
— RoyalMarineChallenge (@RM1664Challenge) May 26, 2014

Thanks to the Royal Marines Charitable Trust Fund for letting us know about Henry's participation in the event.

The Royal Marines Museum in Portsmouth will be the setting on Monday 26 May when British actor Henry Cavill officially launches the running phase of the Royal Marines 1664 Challenge. The event, which is set to raise over £500,000 for the Royal Marines Charitable Trust Fund (RMCTF), is an exercise created for Royal Marines across the UK to celebrate the 350thanniversary of the formation of the Corps in October 1664.

The Royal Marines 350th anniversary deserved more than an ordinary challenge. Skiing 1,664km across Norway was not enough for Lieutenant Colonel Gary Green, the man behind the 1664 Challenge.

The commandos initially set off in February to ski 1,664km across Norway, they then sailed 1,664 nautical miles to Cadiz in Spain, cycled 1,664km to France, and are currently kayaking across the English Channel before finally joining Royal Marine Units across the UK to run the remaining 1,664km around the country.

All this with the added challenge of raising half a million pounds for the Royal Marines Charitable Trust Fund.

Many would say the event is a bit ambitious and few would doubt this is a huge challenge, but it is what makes the Royal Marines unique. It comes back to the ethos and standards of the Corps, such as cheerfulness in the face of adversity! It’s these values that caught the attention of British actor and Superman star Henry Cavill who has chosen the RMCTF as one of his key charities to support.

Henry says: “Royal Marine Commandos believe in what they can do. They have the courage, determination and will to succeed.
They make sacrifices and take risks; regrettably, sometimes they have to pay the price for those risks. In recent years they have experienced a significant increase in serious injuries, wounds or illness through current operations. This has not deterred the men of this proud corps; on the contrary, it has spurred them on to help their injured and wounded comrades.
We should not forget what the Royal Marines have done for the country and the many sacrifices that they have made. Now is the time, in their distinguished 350 year history, for everyone to get behind the Royal Marines; and support this extraordinary challenge and this incredible charity.”

The event has already raised an incredible £250,000 for the charity, but the run phase is when organisers expect the fundraising to reach a whole new level.

From a 1000-man strong speed march through Exmouth, and a ‘Top Gear’ style race in Plymouth, to a ‘meet the Marines’ event in Edinburgh and an abseil off Guildford Castle, there is something happening in an area near you.
Fundraisers, including volunteers from the Royal Marines Association and Sea Cadets, will be shaking buckets alongside the runners and in the streets aiming to hit the all-important half a million pound target.

Head of Fundraising at the RMCTF, Rich Kenworthy says: “In this 350th anniversary year we are asking for the British public to get behind the Royal Marines and support their epic challenge. You can visit the website www.1664challenge.co.uk to find out when the Marines will be in your town or city or you can also follow the charity and the 1664 Challenge running team, on Twitter to keep up to date with photos, videos and stories from our journey so far. This year the Royal Marines have chosen to do something amazing by raising £500,000 for the charity- let us now all help them get there.”

Henry comes from a military family. His older brother Nik, is a Royal Marine who was awarded the MBE for his work in Afghanistan. We have seen Henry wear a green bracelet in support of the charity, and today we are very happy to help spread the word about its work. Please join us.
Posted by Blog Administrator