Saban Films just shared a new Night Hunter clip ahead of the U.S. release of the film on September 6th.

Collider spoke to Director David Raymond about Henry and why he was cast in the role of Marshall. Check out his answer on their site.


Click the link in our bio to watch a clip from NIGHT HUNTER starring @henrycavill. #NowPlaying on @directv. In theaters, On Demand and Digital 9/6.
A post shared by Saban films (@saban_films) on Aug 28, 2019 at 3:47pm PDT

A new still was also posted online as Night Hunter opens around the world. More to come!

EDIT: The still for the promo shot is actually a cropped shot from this full picture.

View this post on Instagram
One week to go... check out these fine two actors as they lead the cast of Night Hunter (Nomis) in US cinemas and on demand next week! #nighthunter #nomis @saban_films
A post shared by David Raymond (@stingrayed) on Aug 31, 2019 at 8:57am PDT 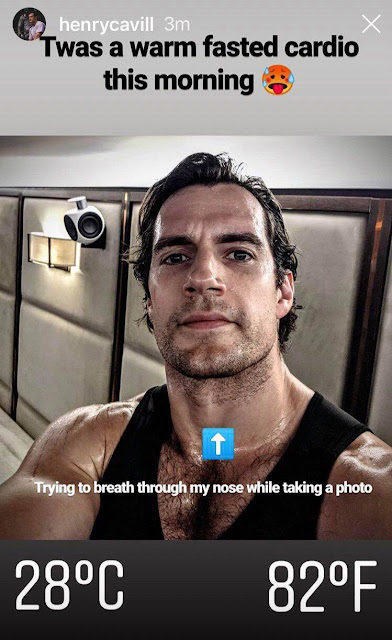 You had A LOT to say after Henry posted this new selfie in his Instagram stories.

His daily workouts are clearly paying off and you'll see more of his big muscles at work when The Witcher debuts on Netflix this fall.

Thanks for the Monday Motivation!


UPDATE: Henry has shared a super sweet message for Kal on this International Dog Day. In case you didn't already know... these two best friends are a perfect match.


It's International Dog day today and Kal is the most international dog that I know!! We had a dog Day afternoon in the warm weather today. After a short walk of course. He's a little legend, my hound. I'm the luckiest man alive to have him in my life. #Kal #InternationalDogDay Edit: Total lie. HE had a dog Day afternoon, I went and worked my ass off(on?) In the gym and at my desk 💁🏻‍♂️. We're cool though, we have a good deal, he works the night shift with all the guard doggery stuff. He's amazing at LOOKING like he's sleeping, though. He even fake snores.
A post shared by Henry Cavill (@henrycavill) on Aug 26, 2019 at 10:32am PDT

Fans have been running into Henry while he's in London and these are two recent photos. Thanks for sharing you guys!


What a pleasure it was to meet this true gentleman. I hope you had a S-U-P-E-R workout @henrycavill Best wishes for all your future projects 🙌🏾 #thewitchernetflix #manofsteel #superman
A post shared by Carlos Alberto🏆 (@champswinger) on Aug 26, 2019 at 1:22pm PDT

Comic book artist Kenneth Rocafort collaborated with Henry to create the vibrant sculpture that is now part of the art trail on the island of Jersey.

We had the chance to talk to Kenneth, Henry, and Durrell Wildlife CEO Lesley Dickie about the project that is raising money for a new gorilla home at Jersey Zoo.

Learn all about Henry's adopted gorilla family and how you can get involved at gwg.durrell.org

And don't miss Henry's interview with the Bailiwick Express.

Dynamic Hero will be auctioned off in November.
Posted by Blog Administrator 3 comments:

Good Vibes From London: Henry's Latest Behind The Scenes 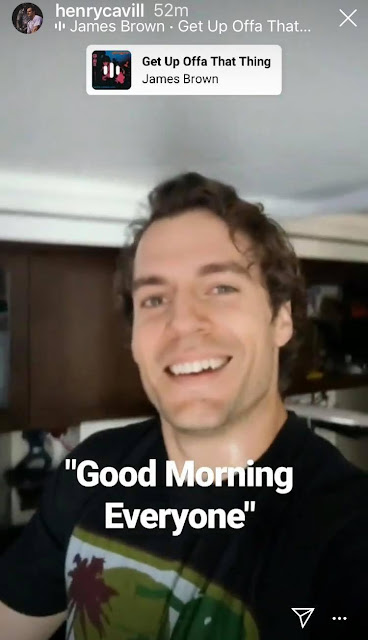 How is that for an energizing wake-up call?

Henry putting out ALL the positive vibes in his morning workout post from London. You gotta watch the video in his Instagram stories.

He's also been sharing some cool behind the scenes bits about what he's been up to, when he's not filming Enola Holmes. Did you know he's a cowboy at heart? 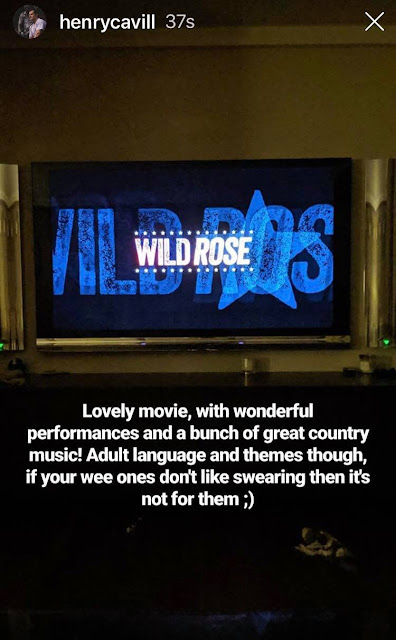 Wild Rose has been getting great reviews and like Henry mentions, it's all about that country music. He's been a fan of the genre for a long time... 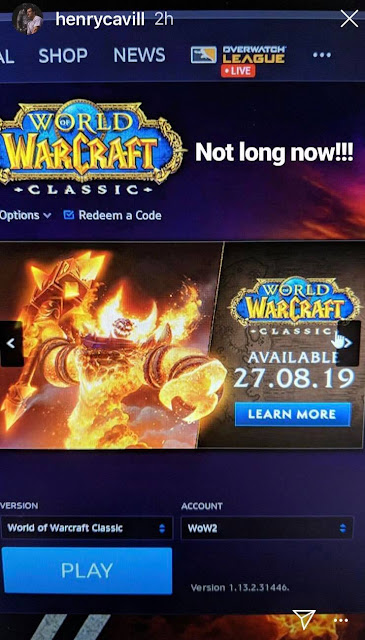 On several occasions Henry has mentioned, that he was playing WoW... when he learned he was Superman.

What will he share next?? -- Keep up with Henry's latest updates in real time by following him on Instagram.
Posted by Blog Administrator 3 comments:

Email ThisBlogThis!Share to TwitterShare to FacebookShare to Pinterest
Labels: Behind The Scenes, Fan Support, Social Henry

Just finished some ADR (Automated Dialogue Replacement) for The Witcher and had the good fortune to wear my special ADR sunglasses (not true) which are from BOSS Eyewear (totally true). If you look closely you might see some secret details from the show in the reflection.....or you might just see my phone. Which means double me, which may, or may not, be a good thing 🤷🏻‍♂️ #BOSSEyewear @BOSS #TheWitcher
A post shared by Henry Cavill (@henrycavill) on Aug 14, 2019 at 1:49pm PDT

Henry has been filming Enola Holmes in London and today he shared an update on his post-production work on The Witcher (with a slight nod to his BOSS eyewear campaign). You can also keep up with him in his IG stories, where he's been posting tips and pics from his daily workouts. 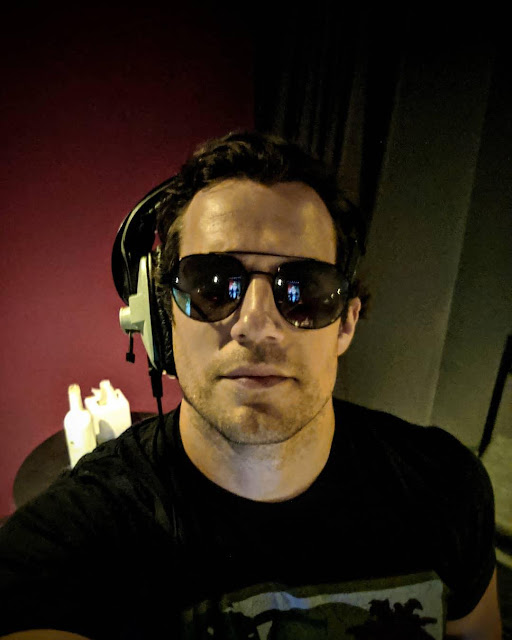 The Witcher premieres on Netflix sometime this fall.

View this post on Instagram
Taking on The Druids (Wales) on their home turf today! No pints for me sadly, but who needs pints when you've got a bucket of rugby induced adrenaline! Come on England!!!! #Rugby #England #WALvENG #CarryThemHome #WearTheRose
A post shared by Henry Cavill (@henrycavill) on Aug 17, 2019 at 5:39am PDT

The Witcher: Meet Young Geralt, Who Is Also A Big Supes Fan! 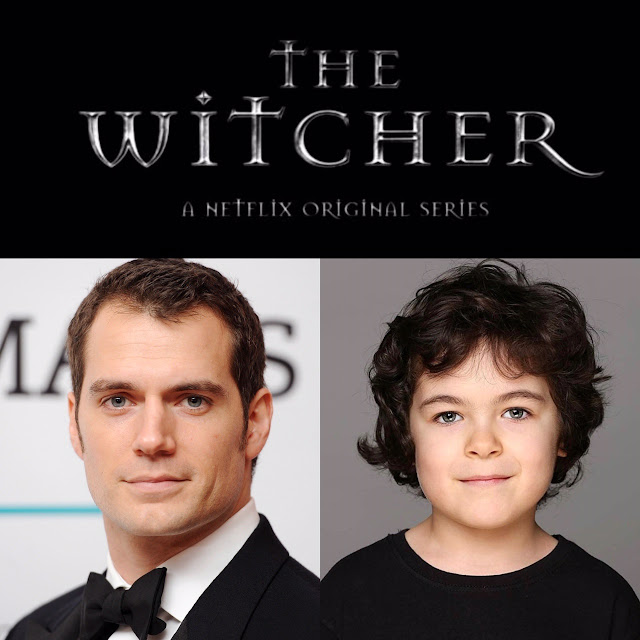 "@toptalentagency: So excited to reveal our #ttakids Tristan Ruggeri will be playing a young version of Henry Cavill in the new “The Witcher” #netflix series. He will play a young Geralt of Rivia."

As we wait for official word on when The Witcher will premiere on Netflix, a new casting announcement has us very excited.

Tristan Ruggeri is playing young Geralt in the fantasy series, which likely means we're getting at least a glimpse at The Witcher's backstory (1/2).

During a roundtable at Comic-Con, showrunner Lauren S. Hissrich mentioned that digging into the rich past of the main characters was one of her favorite parts of creating the show.

Now it sounds like Tristan is part of that vision and this summer he even got a signed cap sent by Supes/The Witcher himself!


We can't wait to see Tristan portray young Geralt in the show later this year!
Posted by Blog Administrator 3 comments: