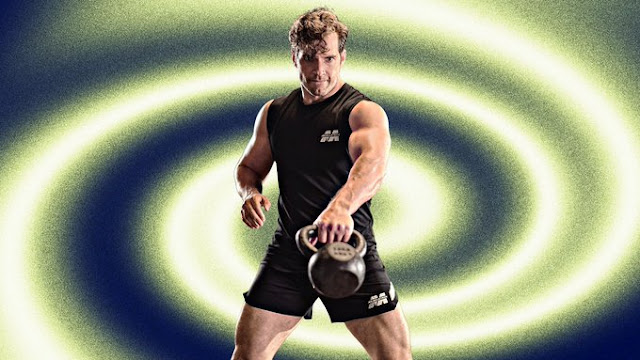 GQ has shared its new interview with Henry as he continues his MuscleTech promo. He talks about his fitness routine and once again teases he's been training for an upcoming film (Argylle is our guess):

We’re kind of doing more maintenance right now. At the moment I'm in pre-production for a film. There is going to be action in it and so during the day I'm doing lots of fight scenes, learning choreography, and that is obviously physical. So I kind of have to balance out my cardio and gym work depending on what we're doing each day.
Henry also talks about his physical therapy after he was injured on The Witcher set, something Lauren S. Hissrich mentioned during a TCA panel today.

"Henry is holding up great" - re: his injury. In fact that's why Henry Cavill isn't on #TheWitcher panel right now. He's shooting something else #TCA21 pic.twitter.com/JrcVyveXjf

So it sounds like Henry is busy preparing to film Argylle. Read his full interview at GQ and stay tuned for the latest!

UPDATE: Read his interview with TV Insider below...

The busy star talks sharing more scenes with Freya Allan in Season 2 of #TheWitcher, and opens up about the importance of finding life balance.https://t.co/pfN007MKzs