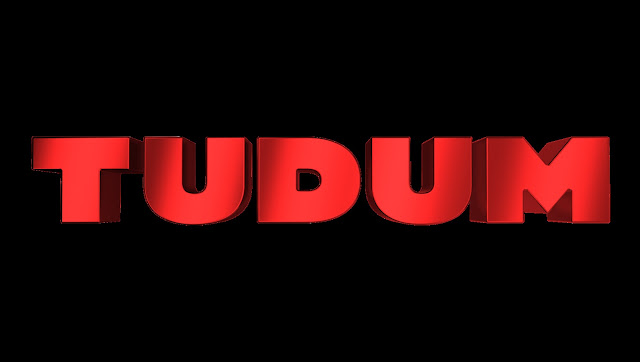 More details about Saturday's Tudum event have been revealed. We're getting a new Enola Holmes 2 trailer and a sneak peek at Season 3 of The Witcher!
Read the release and check out the schedule.

From Heartstopper’s Tobie Donovan to Heart of Stone’s Alia Bhatt, here’s WHO you can expect to see at #TUDUM on September 24 — so now the only question is, WHAT will they be showing you??

There’s only one way to know for sure! Set Your Reminder Now: https://t.co/idStmfn9Ef pic.twitter.com/DEmSCCUgA7

Noah Centineo announces the title of his upcoming Netflix series and its Netflix premiere date.
Melissa Roxberg and Josh Dallas from MANIFEST introduce the season four trailer of the fan-favorite series that premieres on Netflix November 4, 2022.
STRANGER THINGS cast answers fan trivia questions and shares bloopers from filming season four.
Jenna Ortega, who takes on the beloved role of Wednesday Addams in the new Netflix series
WEDNESDAY, shares an exclusive clip and announces the premiere date of the upcoming series.
Get to know India Amarteifio, the actress playing young QUEEN CHARLOTTE: A BRIDGERTON STORY in the new series of the same name, and hear from creator and writer Shonda Rhimes - who shares a first look at the highly anticipated series.
Michelle Yeoh, Sophia Brown and Laurence O’Fuarain reveal some VERY fun facts to introduce THE WITCHER: BLOOD ORIGIN.
Special cast member appearances from: SQUID GAME, BRIDGERTON S3, EMILY IN PARIS S2, HEARTSTOPPER and more!
FILMS: Millie Bobby Brown introduces the ENOLA HOLMES 2 trailer.
Gal Gadot gives a look behind the scenes of her Netflix film, HEART OF STONE with Jamie Doran and Alia Bhatt.
Rian Johnson introduces an exclusive clip from the film GLASS ONION: A KNIVES OUT MYSTERY.

Jason Momoa shares a sneak peek of the magical dreamworld of Slumberland in an exclusive clip.
Reese Witherspoon and Ashton Kutcher announce the release date of their upcoming Netflix romantic comedy, YOUR PLACE OR MINE.
Academy Award-winning director Guillermo del Toro gives us an exclusive sneak peek behind the scenes of his upcoming animated film, GUILLERMO DEL TORO’S PINOCCHIO.
An exclusive first look at the Jennifer Lopez film THE MOTHER.
Jamie Foxx shares an exclusive first look at his upcoming film THEY CLONED TYRONE.
Special cast member appearances from: THE OLD GUARD 2, EXTRACTION 2, THE SCHOOL FOR GOOD & EVIL AND MORE!
Netflix Games: Jamie Foxx shares an exclusive first look at OXENFREE: Netflix edition.
On September 24, Tudum will span four continents with five events, taking fans on a whirlwind trip around the world:At 11:00 am KST (7:00 pm PT September 23), Tudum kicks off with an exciting show out of Korea.
At 11:00 am IST (10:30 pm PT, September 23), fans will be treated to a fun look at what’s ahead from India.
At 10:00 am PT, Tudum kicks off as a two-part show with Part 1 out of the United States and Europe, and Part 2 at 11:30 am PT out of Latin America, including surprises from other countries.

At 1:00 pm JST September 25 (9:00 pm PT September 24), our stars from Japan will close out Tudum with a celebration of our Japanese entertainment.
Tudum: A Netflix Global Fan Event will be available across Netflix YouTube channels in a number of different languages.