Well, well, well... about time Henry took his spot as the face of Superman on HBO Max.

We can't wait to see what's next! (including his appearance on the #SnyderCut).

Suit up and join the League for #DCFanDome! Explore every corner of the DC Multiverse with a Global Virtual Experience on August 22. Link in bio.

Just today we learned that a virtual experience called 'DC FanDome' will go live on August 22. It promises big reveals...

Gear up for the legends’ return. Join Batman and Superman for #DCFanDome! Explore every corner of the DC Multiverse with a Global Virtual Experience on August 22. Link in bio.


Look, up in the sky! It’s a bird! It’s a plane! No, it’s DC FanDome! Warner Bros. has set a mega, 24-hour immersive virtual fan experience that will feature anything and everything from the DC Multiverse — and it’s all free. The confab is set to kick-off on August 22 at 10am PT and will reach fans on all seven continents.


The event will feature a merging of all of your favorite DC superheroes and super-villains from the past and present and will be available at DCFanDome.com for a 24 hour time frame. Fans will be treated to highly anticipated announcements, exclusive footage and the latest news from WB Games, film and TV, and comics, as well as an opportunity to hear from the casts and creators from its vast library of DC films and TV series, including Aquaman, The Batman, Batwoman, Black Adam, Black Lightning, DC Super Hero Girls, DC’s Legends of Tomorrow, DC’s Stargirl, Doom Patrol, The Flash, Harley Quinn, Lucifer, Pennyworth, Shazam!, The Suicide Squad, Supergirl, Superman & Lois, Teen Titans GO!, Titans, Watchmen and Young Justice: Outsiders. On top of that, fans will have the chance to hear more about the much-talked-about Snyder Cut of Justice League, which will drop on HBO Max in 2021 as well as the forthcoming Wonder Woman 1984, which is set to open in theaters October 2. Fans will also get access to localized events, featuring the faces and voices from countries around the world in their local language.

Read the rest (and there is much more) at Deadline and keep checking back for the latest news on everything Superman! 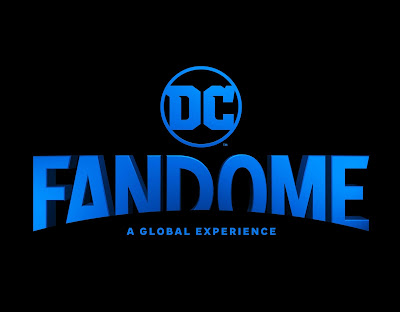