First Look: Sherlock and His Siblings In 'Enola Holmes' 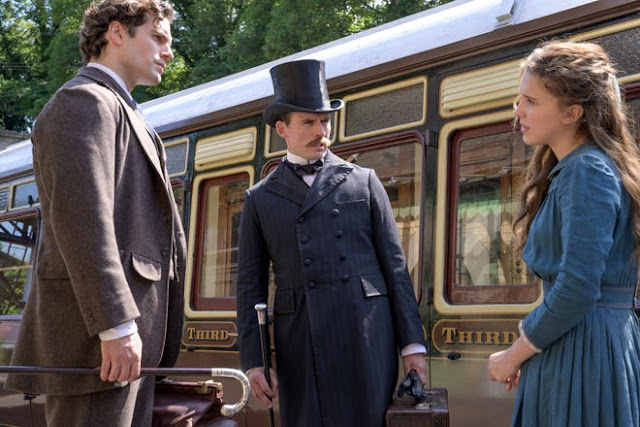 Sherlock Holmes is in the house!

USA Today has shared a first official look at Henry, Millie Bobby Brown and Sam Claflin in 'Enola Holmes' that according to the paper is coming to Netflix in September. UPDATE: Confirmed!

Sherlock and Mycroft Holmes have a younger sister — and this September, she’s taking her first case.


Director Harry Bradbeer and Millie talked about the relationship between Sherlock and Enola... on and off the set:

Bradbeer says there's an "important love story" told between Enola and Sherlock, who becomes a bit of a father figure to his sister. Cavill brought “an extraordinary quality of stillness and power” to the role, and Brown formed a sibling bond with the "Superman" actor. 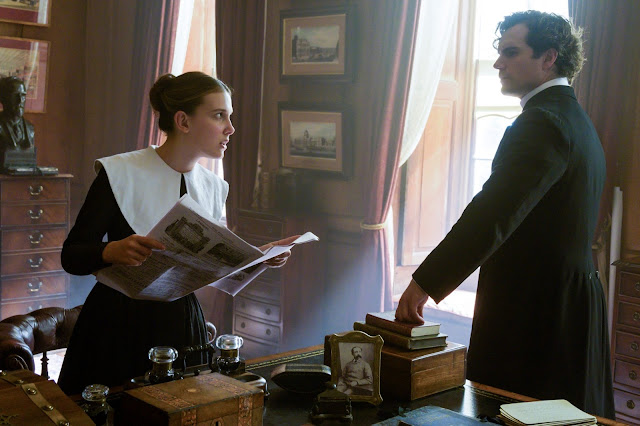 “Obviously, me being me, I annoyed Henry every day,” she says. “I was always telling him about the boys I liked in hair and makeup, and he'd be like, ‘Millie, shut up. I do not want to hear this.’”

Read more about the Enola Holmes storyline at USA TODAY and keep checking back with us for the latest updates.

UPDATE #2: Total Film has released another new still from the film.


Here’s an exclusive look at @milliebobbybrown, @henrycavill and @mrsamclaflin in Netflix’s Enola Holmes, from the new issue of Total Film! In the upcoming Netflix movie, Brown plays the kid sister of the supersleuth. Cavill is Sherlock, while Claflin is older bro Mycroft. For more on the film, which launches in September, head to GamesRadar.com/totalfilm
A post shared by Total Film magazine (@totalfilm) on Jun 25, 2020 at 6:11am PDT


Read the rest. We'll bring you the magazine article when/if we get it.


It was almost as hot that day as it is today in the UK!! Fantastic memories from working with the extraordinary Miss Millie Bobby Brown and the wonderful (and hilarious) Mr Sam Claflin! Hope to see you guys soon! #EnolaHolmes @NetflixFilm @MillieBobbyBrown @MrSamClaflin
A post shared by Henry Cavill (@henrycavill) on Jun 25, 2020 at 8:31am PDT