Had the pleasure of rolling with my good friend Stan today at his Renzo Gracie Academy. He takes no prisoners and is a great teacher to roll with too! Thank you Mr Beck! @RenzoGraciefl @RogerGracie @renzograciebjj #BJJ
A post shared by Henry Cavill (@henrycavill) on Dec 21, 2017 at 2:00pm PST

Henry is back at his home away from home in Florida, now that Mission: Impossible 6 is on holiday break. He shared an update from the England set before work was finished for the year.


Director Chris McQuarrie confirmed the cast and crew will be back to wrap up filming in 2018.

To our unflappably fabulous and fashionable crew, Tom and I wish you the happiest of holidays and a richly deserved rest. See you in 2018. Really.
A post shared by Christopher McQuarrie (@christophermcquarrie) on Dec 21, 2017 at 1:52pm PST


As we count down to the July 27th release of the movie, the anticipation is growing! with M:I6 featured in Total Film's winter preview (via @fergusonweb). 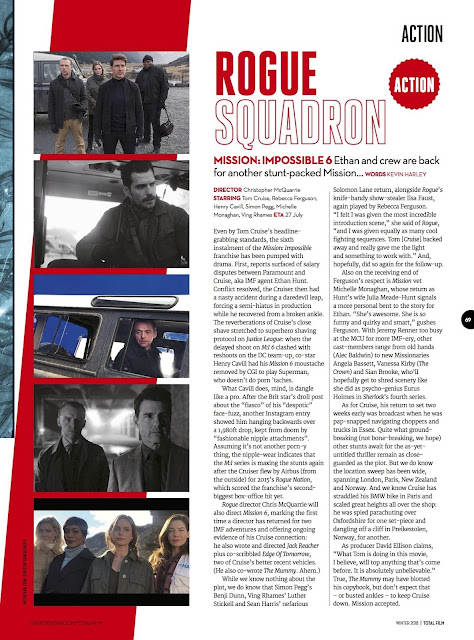 Here's to a 2018 filled with thrills, death-defying stunts, and non-stop action!