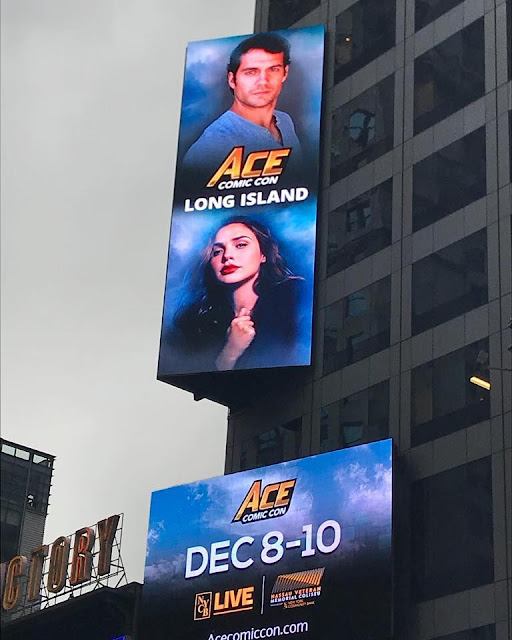 Ace Comic Con organizer Stephen Shamus is giving us a first look at Henry and Gal's promo in Times Square.

The convention kicks off Friday and tickets are going FAST.

Lots of tickets for #ACEcomiccon Long Island are SOLD OUT or close to selling out. If you want to snag a photo op, autograph, or VIP package for your favorite celeb, time is running out. Here's the link to check availability: https://t.co/whd6fVnSlx pic.twitter.com/uiveGkPbid
— ACEcomiccon (@ACEcomiccon) December 3, 2017


In addition to meeting with fans and participating in a Justice League panel, Henry has other fun stuff planned including a Treasure Hunt and a Superman Q&A.

Hope to see everyone there! -- Look for updates from Ace Comic Con starting next Friday.