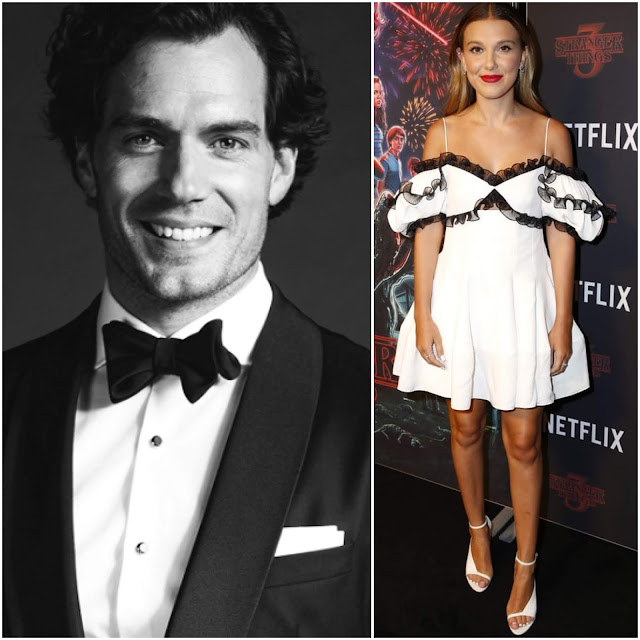 We got some big news today!

Enola Holmes is headed to Netflix.

You know we're in for some exciting times when Netflix begins promoting the movie and gives us a first look at Henry as Sherlock Holmes. No word yet on when Enola Holmes will be released on the streaming service but we'll keep you posted! -- UPDATE: The book's author giving us a clue!

In my highly biased opinion, one of the most remarkable things about the #EnolaHolmes #movie (this summer on Netflix!) is the casting of Henry Cavill as Sherlock and Sam Claflin as Mycroft. #handsomestHolmesbrosever !!! pic.twitter.com/XmhiXa3U0L
— Nancy Springer (@NancySpringer) April 23, 2020

Read the press release, which includes the full synopsis:


The film is based on Nancy Springer’s Edgar Award-nominated book series, The Enola Holmes Mysteries.


The book series, which began with The Case of the Missing Marquess in 2006, is comprised of six books in total. The first and fifth books in the series were nominated for Edgar Awards in 2007 and 2010, respectively.


Synopsis: Based on the beloved Edgar-nominated book series, ENOLA HOLMES tells the story of Sherlock and Mycroft Holmes’ rebellious teen sister Enola, a gifted super-sleuth in her own right who often outsmarts her brilliant siblings. When her mother mysteriously disappears on her 16th birthday, Enola seeks help from her older brothers. But soon realizing they’re less interested in solving the case than in packing her off to finishing school, Enola does the only thing a smart, resourceful and fearless young 1880s woman can do… she runs away to London to find her. Meeting a cast of memorable characters along the way, Enola’s caught in the middle of a conspiracy that could alter the course of political history. ENOLA HOLMES puts a dynamic new female twist on the world’s greatest detective and his brilliant family.