'The Witcher' S1 BTS, When Show Could Resume Production 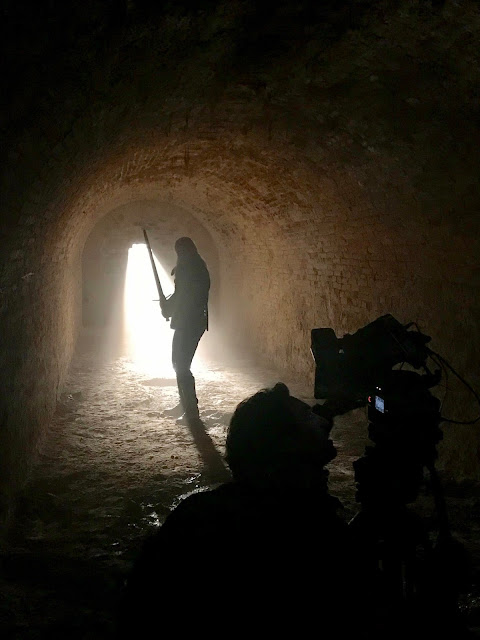 "Damn ⁦he looks good in profile. Shooting one of opening scenes for ep 7"


As we wait for word on when The Witcher could resume filming on Season 2, director Marc Jobst has come through with this neat behind the scenes pic from S1.


Production on S2 was paused almost a month ago, around the time actor Kristofer Hivju announced on Instagram that he had tested positive for coronavirus (he's now recovering at home).

The cast has been in self-isolation like the rest of the world, sharing updates here and there. So when could we see them return to the set? -- Deadline Hollywood estimates that shows like The Witcher, may not resume production until at least July. It will likely depend on when the UK eases its social-distancing restrictions since that is where the series is being filmed.

According to Deadline, Netflix has begun paying minimum guarantees to regular cast members on its shows:

"I hear actors on series, which were filming or about to go into production at the time everything was put on hold, are receiving their minimum guarantees. That’s episodic fees for the minimum number of episodes each regular cast member is guaranteed on a show each season per their contract (it varies)."

"What’s happening now is we work pretty far ahead with delivering all the episodes of our shows at once so no disruption over the net few months, maybe later in the year as physical production is not operational."

For now, we wait. But fair warning to Henry, other Witchers are already training to take his place!


P.S. Check out this new video and article about the VFX that went into creating The Witcher. Both really good!

#WitcherWednesday our VFX Sup Alex Pejic discussed building monsters & dragons with @vfxblog “The shots that challenged us the most, were mainly to do with the movements of the creature in relationship to Henry." https://t.co/DDm90hOHl7 pic.twitter.com/hk8Bil00NO
— Cinesite (@Cinesite) April 8, 2020