Nomis began filming in Winnipeg today, and Henry shared a first look at his character as he shot a scene in what appears to be a hospital.

Hello Marshall! (?).. this film already feels INTENSE with Michael Barrett in charge of the cinematography.

Earlier one fan got a chance to say hi to Henry:

Oh my God, Can't believe I just met Henry Cavill. Such an amazing guy. He is filming his upcoming movie Nomis here. Too bad I wasn't able to take a selfie cause he was working and too busy..

Avtar added he's just glad he met 'Superman.' Given the short production schedule for Nomis, there is a lot of work to get done in a little over four weeks. Not to mention how the weather could affect filming. Alexandra Daddario posted this pic from Canada. Chilly!


And this was Henry's cheeky message on her post:

"henrycavill @alexannadaddario Could you please stop hanging around outside my trailer. It's creeping me out."


To which she (just as wittily) responded:

"alexannadaddario @henrycavill I'm trying to get a selfie with you"

Can't wait to find out more about the characters that are bringing this comed.. err.. psychological thriller to life. 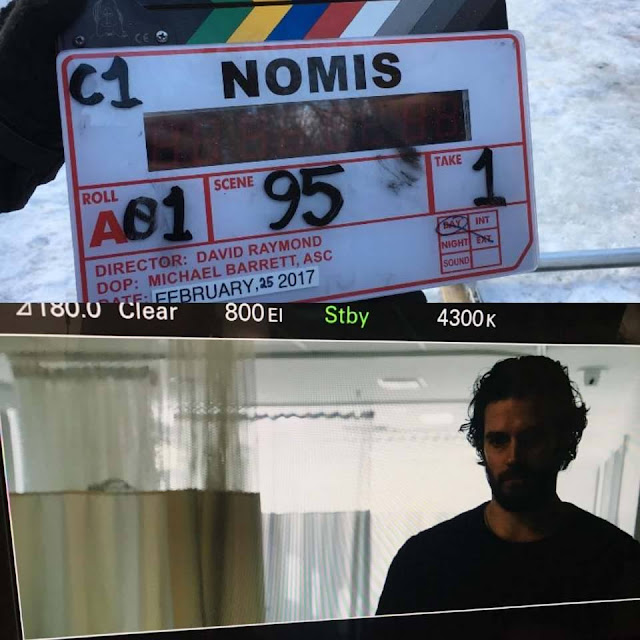 Henry's manager says she's headed to Winnipeg to see some of the filming before they wrap at the end of next month, so hopefully she's able to share some cool stuff as well.


UPDATE: Director David Raymond has given us a sneak peek from the Nomis set. We knew  it was a hospital.. and the revelation leads to SO many questions. Leave us your theories in the comments section!


Maybe the rest of the cast will fill in the blanks, now that some of those working on Nomis have begun sharing updates.

Unfortunately this is the only photo I took during my (short) time filming in #Nomis, but stay tuned to see the character I transform into.. pic.twitter.com/mZKSsRro2z
— Carlyn Burchell (@CarlynBurchell) February 27, 2017

Words cannot express how stoked I am to begin shooting tomorrow. Get ready for #NOMIS to take you all on a thrill ride 🎬
— Myron John Tataryn (@MyronTataryn) February 25, 2017

Look for the latest as we get it!

Email ThisBlogThis!Share to TwitterShare to FacebookShare to Pinterest
Labels: Canada, In Production, Nomis