Congratulations to the cast and crew of Enola Holmes! 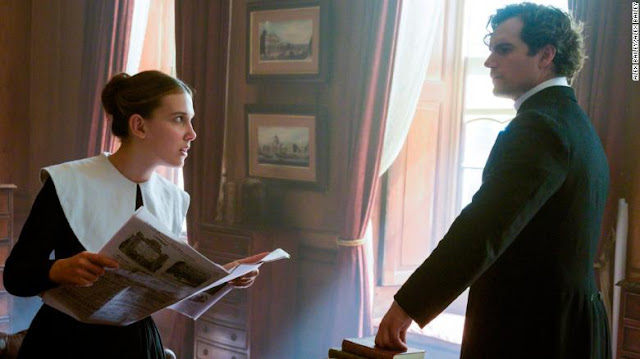 The Netflix movie was named Best Film on Streaming at the Saturn Awards in L.A. last night.

Filming is currently underway in England on a sequel to Enola Holmes, with Henry reprising his role as Sherlock. It's set for a 2022 release.

Henry was also nominated for Best Actor on a TV Series, but the honor went to Patrick Stewart.

Meanwhile, The Witcher lost out to For All Mankind.

Which show do you think is winning Best Fantasy Television Series on Oct. 26th at the #SaturnAwards!?@darkcrystal@forallmankind_@lockekeynetflix@MagiciansSYFY@Outlander_STARZ@TheTwilightZone@witchernetflix pic.twitter.com/aGUGq5PbH0