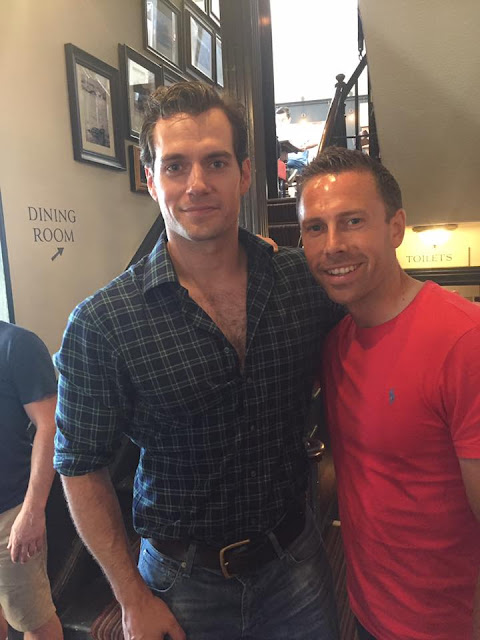 "When you're out for a casual drink on a Sunday night and you bump into Superman!!!"

Henry is out in London, and just like these lucky guys - James and Natasha shared their hot pics with him.


Here's one of the top photos in full

UPDATE: And then there were more happy fans..

Remember that time we met #Superman in #Richmond ?! 💪🏻 #fanboy #gladiwentforthatafterworkdrink #superhero #supermanagers
A photo posted by iam_JRobertson (@iam_jrobertson) on Aug 14, 2016 at 3:53pm PDT

Hope you're enjoying your weekend everyone.

via
Posted by Blog Administrator

Email ThisBlogThis!Share to TwitterShare to FacebookShare to Pinterest
Labels: Being Nice Is The Sexiest, Charming Henry, Lucky London