Henry On The Cover Of Men's Fitness, New Interview! 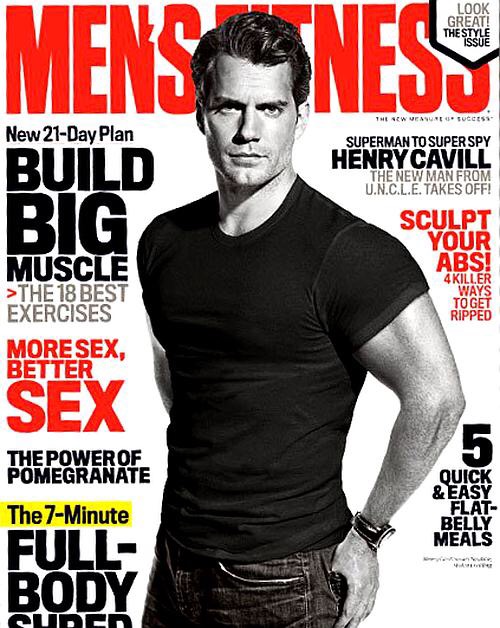 Here's a first look at Henry, in the upcoming issue of Men's Fitness. Read the preview. 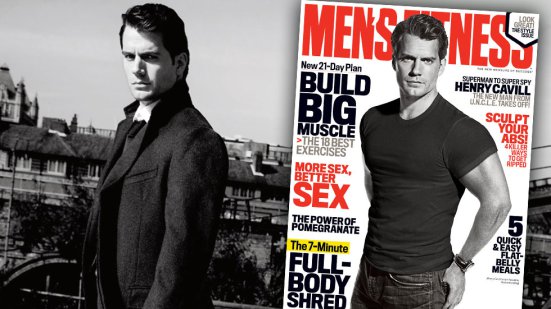 Believe it or not, Cavill was not one of the popular kids in his school growing up. Instead, the actor admits he was teased for his weight.

“They used to call me fat Cavill,” he tells the magazine. “I was a prime target for them. I actually had rolls of fat on me. One guy told me I had tits.”

“I was a big eater, and I still love food,” he continued. “I’m still an indulger, in alcohol, in food, in all things that I enjoy in life. I’ve never been able to do things in half measures. That’s probably why I was a fat kid. They also called me a ‘lemon,’ a guy who gets nowhere with the girls.”

On His Dating Life:


“American Dating is like carpet bombing,” Cavill, a proper British boy, jokes. “You date 16 women all at once and eventually one of them is supposed to pop out of the crowd? I can’t do that.”

“I’m 32 years old,” he said. “I do want to find a wife and raise a family. I prefer the British way: get talking and see what happens, one at a time.”


If that doesn't make you fall in love with him.. (by your reactions: mission accomplished).

On His Next Big Blockbuster:

He may have already conquered television in hit drama series The Tudors and Hollywood action films with his Superman debut, but Henry Cavill isn’t ready to stop just yet. His upcoming film, The Man From U.N.C.L.E., is a whole new challenge for the even-tempered Brit, as he portrays a cynical thief-turned-spy.


More details and full scans as we get them. The issue goes on sale August 10!

Email ThisBlogThis!Share to TwitterShare to FacebookShare to Pinterest
Labels: Hello Handsome, Henry is THE man, Promo, Sexy Solo, The Man from U.N.C.L.E