Screenwriter Jason Fuchs has revealed a first look at the cover and synopsis of the novel being turned into the Argylle film!

It's out next September and you can pre-order it now. 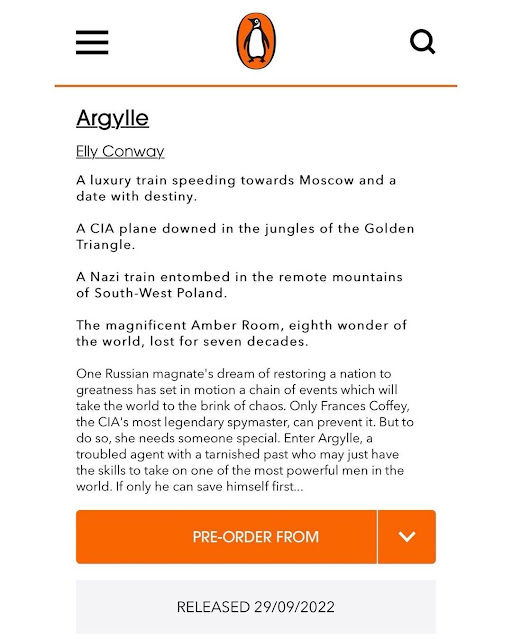 That teaser definitely leaves us wanting to know more about the plot. Recently, director Matthew Vaughn gave us a little preview of Henry's role in the film and we can't wait for his modern version of an 80s-style spy:

“He plays a larger-than-life action hero with a wink.”

Argylle is expected to be released on Apple TV next year.