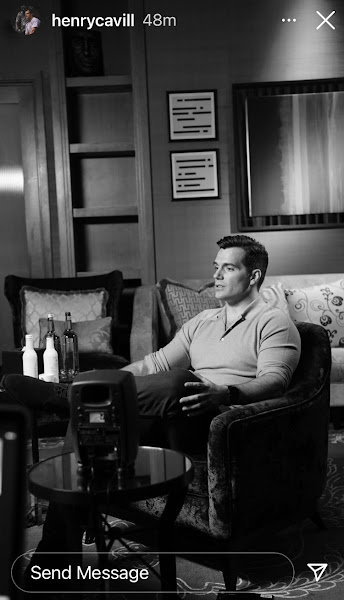 There's a lot going on as we get closer to the S2 premiere of The Witcher on Netflix. Henry is right in the middle of promoting the series and he's been sharing pics. 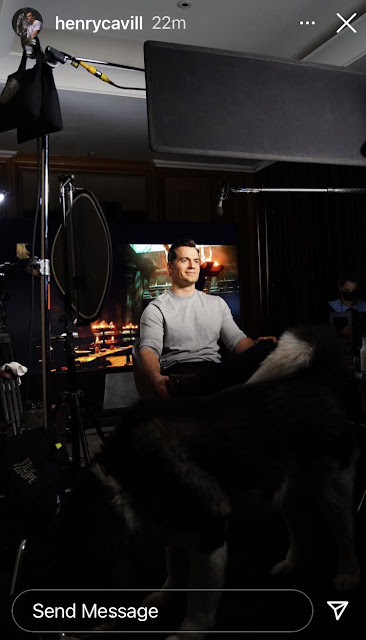 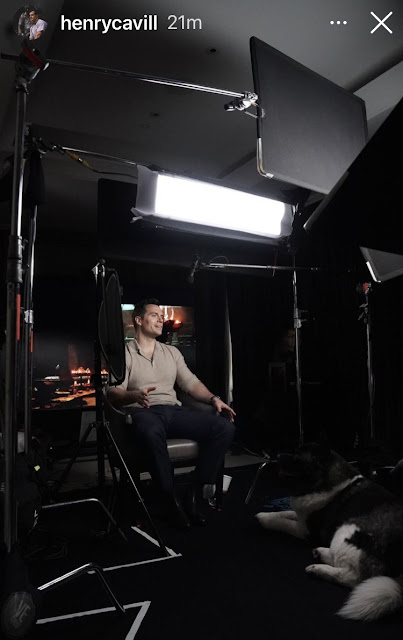 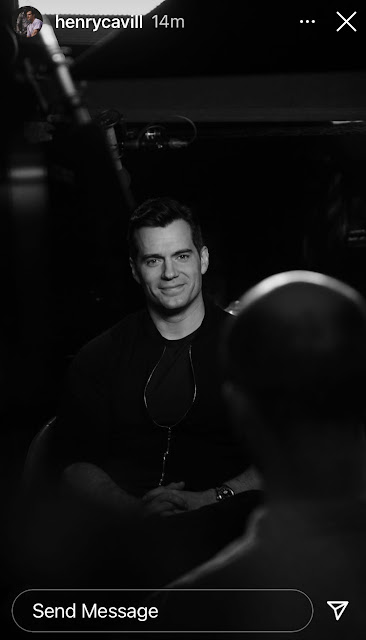 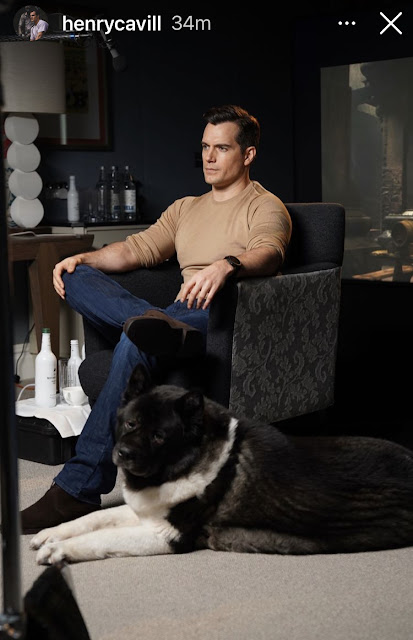 Also, more appearances have been confirmed!

Henry will reportedly appear on Live with Kelly and Ryan on Tuesday, December 14.

He's also taking part in a virtual Q&A and you can register to be part of it.

On December 14, we're streaming a live Q+A with @witchernetflix star Henry Cavill, along with an exclusive clip from The Witcher Season 2!

UPDATE: Henry will also apparently be a guest on The Late Show with Stephen Colbert.

Meantime, the new interviews from the press tour are starting to come in... so keep checking back for the latest. We'll be updating this post as we get them.

British actor Henry Cavill is returning as the lead star in the second season of Netflix’s epic fantasy series The Witcher. https://t.co/o8UEc3I1uS

'It was down to Daniel Craig and myself'

Had a chance to talk to Henry Cavill about 2. season of @witchernetflix. Loved how he talked about Geralt evolving from "grumpy Snowman Shrek" into a more intelligent, more book-faithfull vision of The Witcher.#TheWitcher #HenryCavill https://t.co/8Qx4QJVjlw

WATCH: Actor Henry Cavill talks about how his character Geralt changes in the show’s second season, and what it’s like to bring the show’s world to life. Full story: https://t.co/uAeJDwRESg pic.twitter.com/T9UgsZhiwq

From Spider-Man to SUPERMAN this weekend! 🤭 @StephenByrne chats with Henry Cavill today all about season 2 of The Witcher which hits Netflix this week! Tune in from 3pm today! 🙌#StephenByrne2FM pic.twitter.com/2lvELhFEHa

The new pod is here and contains what might just be the nerdiest interview I’ve ever done as I talk fantasy novels and Warhammer 40k with #HenryCavill and his most excellent dog, Kal. https://t.co/gr95mlAsqI

Henry Cavill would like to be part of a Warhammer TV show or movie, should a live-action project ever happen. https://t.co/wukzmPdrMa pic.twitter.com/SKL8XWHfuf

Exclusive: We spoke to Henry Cavill about *those* Mass Effect series reports https://t.co/OEwmKyXJdQ

The cast and showrunner of The Witcher have spoken about the future direction of the show’s planned seven seasons, and how the original novels will always be the guiding light. https://t.co/kmcCAUBz4r pic.twitter.com/MB1hQkKCVE

“That would have been career-changing and life-changing.” #TheWitcher pic.twitter.com/oEx5xRXuin

FEWER GRUNTS – Henry Cavill explains why he was involved in re-writing some of his character’s lines in season two of @WitcherNetflix. pic.twitter.com/a8PwogEbin

It's gonna be a #Witcher weekend! Season 2 drops Dec. 17 on @netflix, so for @SYFYWIRE I talked with #HenryCavill & EP @LHissrich about how they were able to dig into some changes for both #Geralt & the overall tone for this new chapter (no spoilers):https://t.co/5wrtyJEzCB

"It's always a fascination to go online when the show comes out" - #HenryCavill is looking forward to fan reaction to #TheWitcher season 2 pic.twitter.com/SVw8FPZgpM

#HenryCavill tells us all about his goal to make Geralt more intellectual and verbose in #TheWitcher Season 2 and how those qualities impact his relationship with Ciri. https://t.co/tmPObwDv0w

THERMOSTAT WARS – Freya Allan discusses how she coped with freezing temperatures on the sets of season two of @WitcherNetflix, while her co-stars Henry Cavill and @KimBodniaDK had the opposite experience. pic.twitter.com/EC67MR92FT

The 38-year-old says he has always been proud of his Scottish heritage https://t.co/gdfvKpyXfi