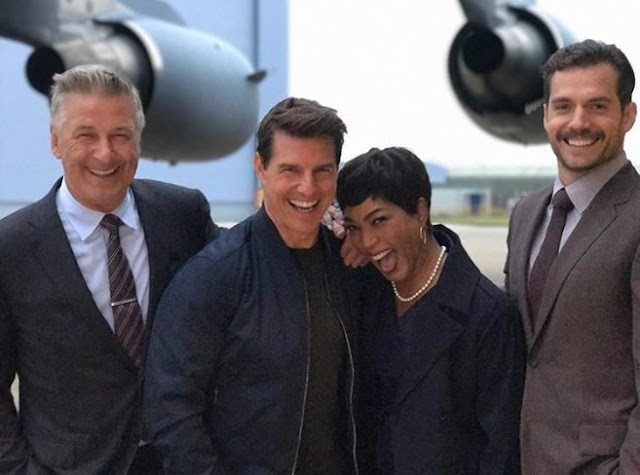 Suuure, the Mission: Impossible Fallout cast looks all smiley in this photo shared by director Chris McQuarrie during filming. But Alec Baldwin just gave Jimmy Fallon a big hint on where things are going, when the movie hits theaters July 27. The actor shared the "difficulties" of working with Superman. Watch.

While the new trailer shows Henry and Baldwin seemingly working for the same side, it sounds like at some point that will not be the case with Henry playing the antagonist in the film... and apparently throwing more than a few punches.

A little over five months to go!
Posted by Blog Administrator