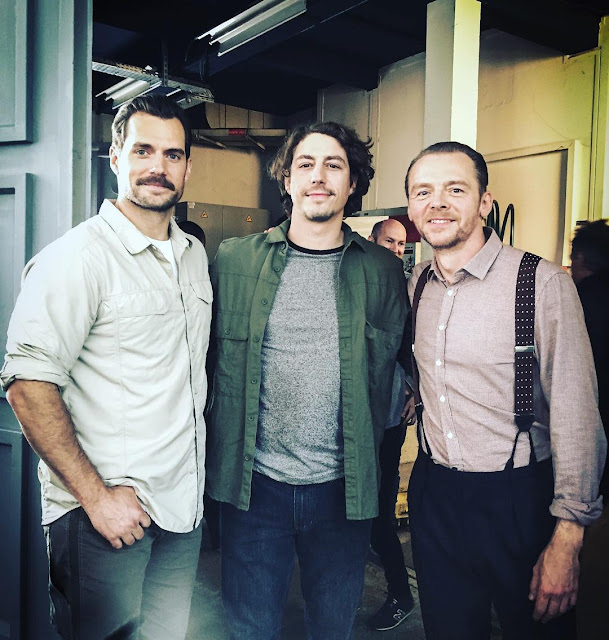 The moustache is back!... kinda. Actor Huet Clement has shared his pic with Henry and Simon Pegg on the Paris set of Mission: Impossible Fallout last spring. The scene involving actress Alix Bénézech, was one of the most emotional ones in the film...

As Mission: Impossible Fallout heads into its fourth weekend in U.S. theaters, the excitement is building for China's big red carpet premiere on August 29th. The film opens there on the 31st, and Henry, Simon Pegg, Tom Cruise and director Chris McQuarrie will all be in Beijing next week. On Sunday Henry sent a message to fans during the NBA's 5v5 tournament, and now we have the video!


‪UPDATE: @HenryCavill’s message to Chinese fans over the weekend, ahead of the @MissionImpossible #Beijing premiere 8/29! MORE (link in bio) http://bit.ly/2MyQtjS via the @NBA’s official account on #Weibo // @mignon_j4hc // @steph78208 #henrycavill #missionimpossiblefallout #china #premiere #nba #5v5 #promo #missionimpossiblefallout
A post shared by Henry Cavill News (@henrycavillnews) on Aug 22, 2018 at 6:26am PDT


Stay tuned for everything from China!
Posted by Blog Administrator