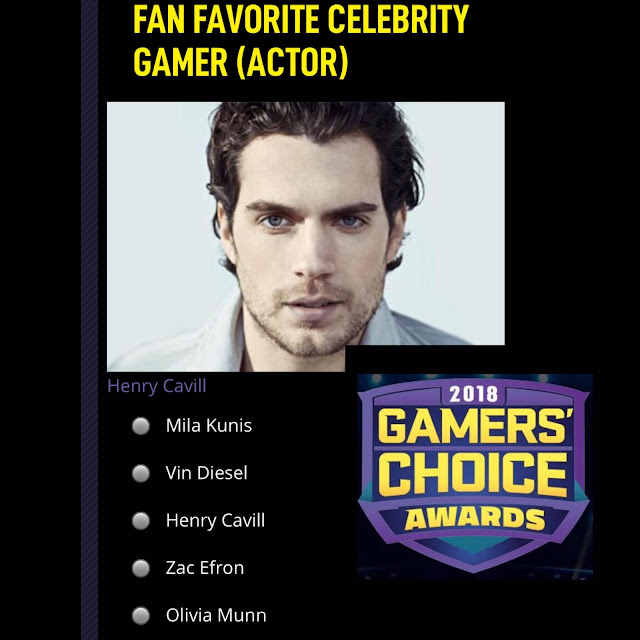 The first ever Gamers' Choice Awards are set to air on CBS December 9th, and Henry has been nominated as Celebrity Gamer!

Henry is known for his love for online games, sharing the now famous story of how he missed Zack Snyder's call letting him know he'd been cast as Superman, because he was playing World of Warcraft.

And that's just one of the times Henry has flown his gamer colors for all to see...


So now it's our turn to make sure he gets rewarded for his gaming passion!

"Fans can vote for their favorites at gamerschoice.tv now through November 27, where there is the complete list of nominees. The GCA’s are the only 100% fan-voted Awards Show in the world of gaming."