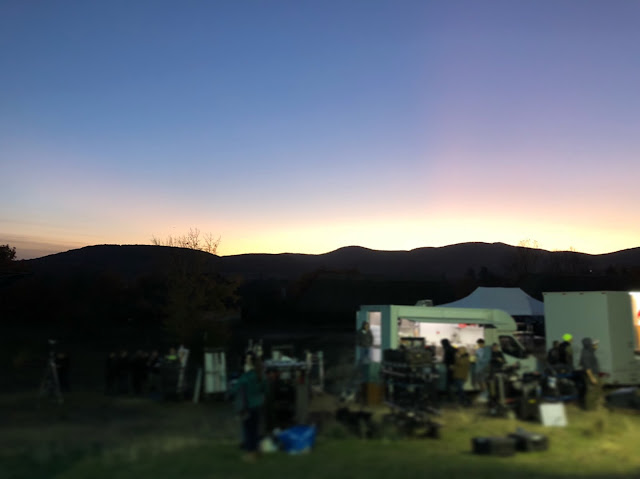 
When Netflix gave us a first look at Henry as Geralt on Wednesday, it was not known whether The Witcher filming was underway. But in a series of posts over the last few days, showrunner Lauren S. Hissrich has made it clear that production has begun!


She's shared a couple of photos from the Hungarian set of the fantasy series, including a possible teaser for Roach -- which is the horse Geralt rides on his monster-hunting adventures.

Saturday morning at the office.


The Witcher is expected to film through next spring and will be released next year.

Keep checking back for the latest production news!

UPDATE: Henry's new post, as he heads off to work.


3am coffee in hand, off to do some Witchering! #TheWitcher #Geralt #Netflix @Netflix
A post shared by Henry Cavill (@henrycavill) on Nov 4, 2018 at 6:14pm PST

Henry posted a picture of himself at 3am this morning, with coffee, looking chipper.

I will never do that.