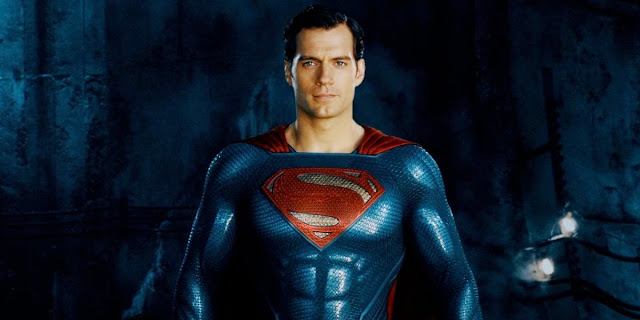 For those of you who ever doubted that Henry was still Superman, Jason Momoa has now reiterated what we knew all along... Supes would never walk away from his role!

Henry has spoken many times about his love for the character. But when a report came out in September stating Warner Bros was essentially shelving Superman, fans started to wonder... despite the fact that Henry's manager immediately clarified Henry's active status as Supes.

At the premiere of Aquaman in Hollywood last night, Jason Momoa added a fresh take -- when asked about his recent comments on Henry potentially leaving Superman behind:

“I just talked to Henry… He’s absolutely not [leaving the character], He loves the character. He’s not. One hundred percent.”

WATCH THE VIDEO AT ET'S SITE.

Henry is currently filming The Witcher in Hungary. As ET points points out, it remains to be seen when we will see Henry fly as Supes again... but it's okay. We can wait... though Frosty over at Collider is getting a little antsy.


Someone at @wbpictures needs to tell me when they're going to release a new #superman movie because I'm starting to go into withdrawal. One of the most popular characters on the planet doesn't have a release date. I don't get it. pic.twitter.com/8fyJqxGNsY
— Steven Weintraub (@colliderfrosty) December 13, 2018


You tell them Steve!