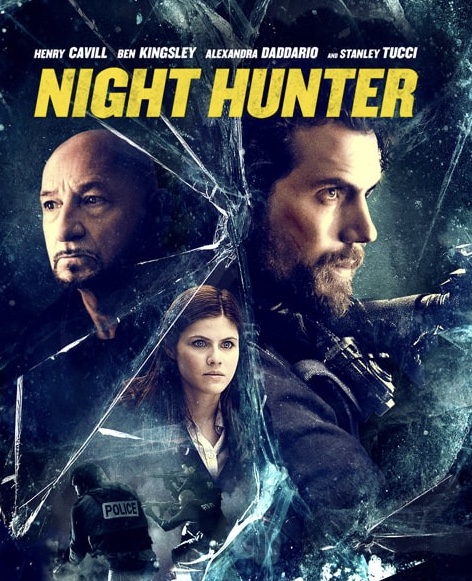 Night Hunter (Nomis) is now out in U.S. theaters and you can rent/buy it on Amazon Prime and iTunes.

David Raymond wrote and directed the psychological thriller that premiered at the 2018 L.A. Film Festival.

He was kind enough to answer your questions about the film and working with Henry and the rest of the cast.

What was the inspiration for the story?

I remember reading stories of a guy in Belgium I think it was, who had been caught with several women locked up in his basement for years. His friends and family came out in the press saying they knew nothing about it and I remember thinking that’s complete bs. Not entirely sure that’s where the idea originated from but I think it may have sparked it.


Night Hunter (Nomis) is a dark and gritty tale with some intense scenes. Why did you decide this was the story you wanted to tell in your first outing as a director?


Here’s the thing, as a writer director… you’re dying for your first shot at directing something you’ve written. Was Nomis my do or die, I must direct this script first… candidly no. But it's the one people were willing to let me make, so I happily grabbed the opportunity. It’s a weird thing writing scripts you intend on directing, at least initially anyway. Once you’ve finished it, it’s all you can think about and I get insanely impatient waiting for people to read it. But, then you write something else and that becomes your favorite child. It does come back around though, as when you get heat on a particular script, you immediately emotionally re-engage with it.


How was filming in Winnipeg?

The conditions were a nightmare, but the people there more than make up for it. It’s a special place Winnipeg, I actually grew more and more fond of it as we went along. All hail Kenny Boyce the film commissioner, who helped us no end.


Why did you decide to shoot the movie there?

Actually, I didn’t. The original script had a finale set in a burning cornfield, so we actually prepped the film in Louisiana. But because of a late filing of my visa, we had to pivot to Canada. I think the cold worked well given the narrative, although you Henry and Alex fans missed out on a sweaty, hot environment rather than the freezing cold. Errr sorry… I guess.


What were some of the challenges of shooting Night Hunter (Nomis) in below zero temperatures?

Well nothing worked how it should have done and not all of that was the weather’s fault, but alas. Cars freeze, so you can’t shoot with them, squibs don’t work, rigs fail, cameras freeze up and if Henry didn’t spend countless hours doing squats his arse muscles wouldn’t have saved him from breaking something when he slipped head over foot on the ice. Fortunately, he got right back up and smiled whereas, when I slipped over, things cracked I didn’t even know could crack.

Truth is… the cold adds something on screen you can’t replicate. The downside is it eats up your time and what little money you’ve got available in the first place, so you’re always playing catch up... with a big cast who you only have for a very limited amount of time -- that’s a nightmare. 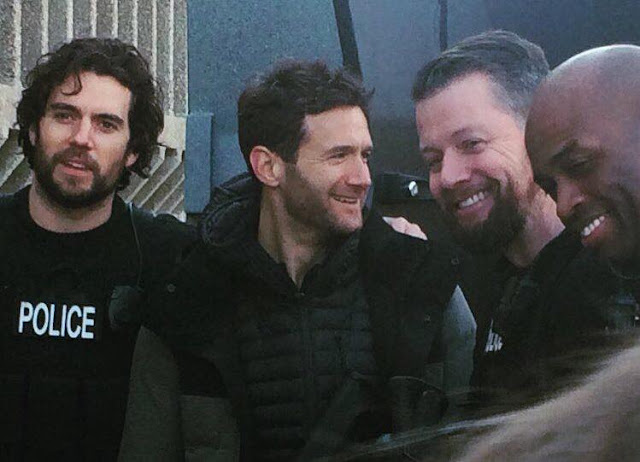 Can you share a bit of your process in casting Henry for the role of Marshall?

I've always loved Henry’s work, from the Tudors to Immortals and then finally Man of Steel which to this day, I think is by far the best post Nolan DC movie they’ve made.

He’s got a presence to him that’s undeniable. He’s an old school movie star, part Sean Connery part Christopher Reeve. It’s not about his looks, average looking chap that he is… it’s his manner, the way he carries himself.

When he was suggested to me, I brushed it off as 'there’s no way he’d do this', he certainly doesn’t need to do it. But that’s a testament to Henry and what he’s seeking in his career. He wants to push himself, he wants to try different things. He’s never complacent.

I think the storytelling in his Superman films boxed him in a little, because he’s funny and he’s happy to laugh at himself, there’s no ‘I’m a movie star ego’. That side of him, given Clark Kent’s alter ego would be so much fun to watch if they give him another shot. I truly hope they do, he’s both characters rolled into one. We’ve only really met the man in the suit, which is half the character we all know and love.

I think Nomis shows a side to him we’ve never seen, it's guilt and shame and anger and a vulnerable intimacy.

Look what he did with his character in Fallout, it wasn’t Henry anymore. He’s able to lose himself in roles which is a real gift. I’m excited about Witcher but also what he does next… he’s a guy who can slot into anything, be it a period romantic epic or a comedy, or even..... Bond.


What kind of training did he go through to become the law enforcement officer we see on screen?

We talked about Marshall, his back story, his reason for closing up and shutting himself off from his family. But for the research part, that’s where Henry went off and did his own thing. I know he spent a lot of time talking to officers, detectives… really getting under the skin of what it’s like to live that life, the effects it has on you and your home life. That’s his private process, he puts in the work so he’s prepared, not so everyone can see how hard he works.

I know he did some weapons training before we started as well. Mainly because I was jealous I didn’t get to spectate and by spectate I mean join in.


Found the best fly swatter ever, on my first day of prep for Nomis #Nomis #NoFliesOnMe
A post shared by Henry Cavill (@henrycavill) on Feb 22, 2017 at 3:47pm PST


Are there any Easter Eggs people should be looking for?

It’s no secret I’m a huge DC fan… so have a look at the police wall in the station and I’m sure you won’t see any police work on it. There’s also a day scene with the cops presenting Simon to an enraged crowd… I didn’t tell Henry I’d done it until he saw them but…. two news vans in the background were called KA-EL NEWS and JOR-L NEWS. He’s probably got them in his garage somewhere… or do I?

There are several powerful performances in the movie, do you have a favorite scene?

I don’t want to spoil it but there’s a scene between Henry and his daughter that’s wonderful. It’s just a father and his daughter in the kitchen, nothing flash, no stunts… just raw emotional truth.

The other scene I love, because I’m so proud of their gutsy performance is a key scene between Brendan Fletcher and Alex Daddario. It’s not one that goes quietly.

Actually there’s a third… but I can’t go into it because I’ll ruin the story… It’s rather Gollumesque.


Can you tell us anything about your next project?

You’ll know when they’re real… there’s a couple of things I’m dying to do. You never know what’s around the corner either.


We'd like to thank David Raymond for this interview and look forward to seeing what comes next.

Please let us know what you thought about Night Hunter when you get a chance to watch it!


Catching the killer was only the beginning of the game. NIGHT HUNTER starring @henrycavill, @alexandradaddario, @stanleytucci and #BenKingsley. #NowPlaying in theaters, On Demand and Digital. Link in bio.
A post shared by Saban films (@saban_films) on Sep 6, 2019 at 6:20am PDT