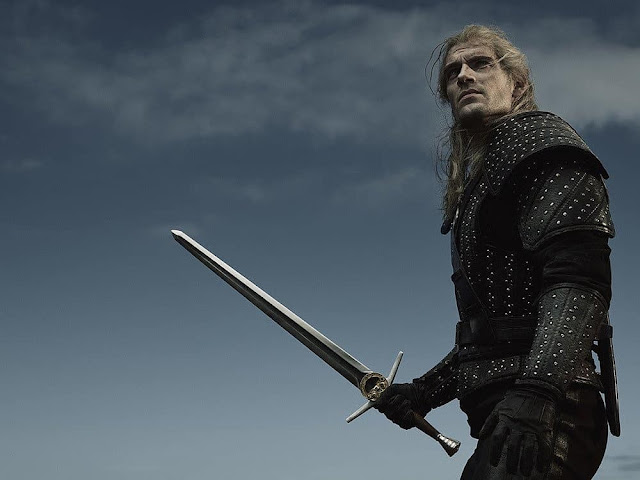 A new image of Henry as Geralt of Rivia has surfaced online and director Marc Jobst is sharing his thoughts on it.


Jobst worked on The Witcher earlier this year and given his reaction to the new photo, it's pretty clear he got to see Henry's skills in action.


Jobst's comments echo what stuntman Vladimír Furdík recently said about working with Henry, so you know we're in for some kick-ass battle scenes.

As we wait for an official premiere date for the Netflix fantasy series, we also got an update from Sonya Belousova who is working on the score for the show.

A star is born. His name is Jaskier. Is the Continent prepared for his hits, his charm and wits? #thewitcher #thewitchersound ⚔️🐺⚔️

Jaskier (played by Joey Batey) is Geralt's best friend, a poet who often breaks out in song.

Meantime, showrunner Lauren S. Hissrich is reportedly busy working on Season 2 of The Witcher, and on Tuesday she gave props to Declan de Barra, who writes for the show.

As we get closer and closer to S1 finishing, I’m feeling sentimental! Declan de Barra is one of the best writers and humans I know. 🐺⚔️♥️


Hissrich gave us a lot of details on the characters and the show when we spoke to her at Comic-Con, so make sure you don't miss our write-up.

The anticipation is building for the release of The Witcher and we are bringing you the latest every step of the way!

UPDATE: Jobst has also commented on working with Anya Chalotra who plays Yennefer and Freya Allan who plays Ciri.

She is rise-up-out-of-your-seat good. She brings depth, damage, purpose and fierce determination to the part that is spine tingling.
And exceptional to work with to boot!
— Marc Jobst (@marcjobst1) September 27, 2019

Oh my word. She is luminous. Young, fierce, charismatic, with the presence and strength of an old soul.
— Marc Jobst (@marcjobst1) September 28, 2019