Freya Allan Talks Working With Henry On 'The Witcher' 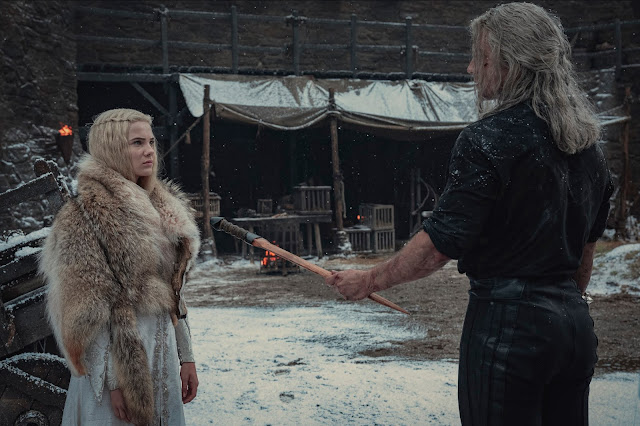 The Observer has published its recent interview with The Witcher's Ciri, Freya Allan. She shares a lot of great details, including what she's learned from working with Henry:

I think the main thing that was clear to me is that you have a voice on set and that if you feel passionately about something that you don’t think is quite right, just say it. And I, as Freya, have always been like that anyway, because I voice what my opinion is. Otherwise, there’s no point in doing my job. I think working opposite someone who is also wanting to discuss things and wanting to make sure that it feels right to them is great, and the showrunner and the directors were all so open to talking as well, so it just felt like a team. Because there were some big emotional scenes where you could take it in so many different directions, it was nice for us to get to chat, and TV works a bit quicker than film as well, so it was good that we were able to do that. I think that’s one of the main things that I’ve learned.
Read the rest at The Observer.
And here's a treat as we wait for Season 2 to arrive on December 17...

Worthy of the library at Oxenfurt Academy! Check out the new tie-in edition of Blood of Elves, featuring Geralt, Yennefer, and Ciri as you’ll see them in Season 2. In stores this December.

The countdown is on!