The calm before the storm....today I went hard. It felt good...and bad of course, but now that I'm done....mostly good. #GymStuff @FlexGymBudapest

Henry popped back up on his social media, just in time for the next round of The Witcher filming outside of Budapest.

Showrunner Lauren S. Hissrich later seemed to confirm that, with her post somewhere over Europe.

So where are they headed? Some of the cast and crew from the Netflix show have been posting updates from Poland... where the fantasy series originated. Therica Wilson-Read and Anna Shaffer look excited to be there. You can check out the updates on Therica's Instagram. 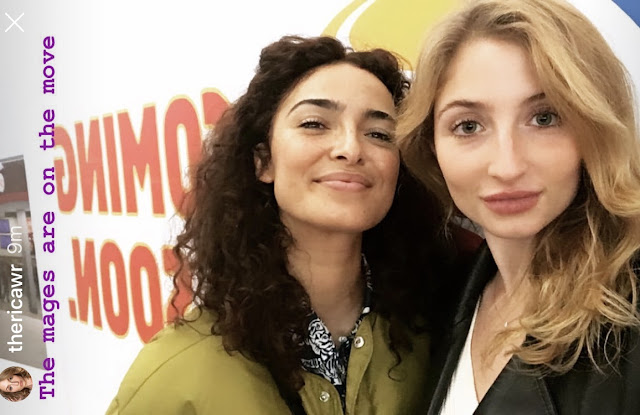 The Witcher is reportedly in Poland for just a couple of days, so stay tuned for updates!

UPDATE: Bonus shot of  the *best* salesdog in the world... in Europe with Geralt himself.

Kal about to pitch me the deal of a lifetime for health insurance. #Kal #AmericanAkita

It looks like filming *may* be over in Poland. Lauren S. Hissrich posted this photo from the set at Ogrodzieniec Castle today.


While several of Henry's costars were spotted at the Polish castle, it's all kind of spoilerish -- so CLICK AT YOUR OWN RISK.

Meantime, it appears Henry has been filming at a separate location in Budapest. His brother Charlie sharing this pic from that set.


A beautiful sunrise to start another day of filming in Budapest. #SonyA7iii
A post shared by Charlie Cavill (@charlescavill) on Apr 9, 2019 at 11:08am PDT


More The Witcher news as it comes in!
Posted by Blog Administrator