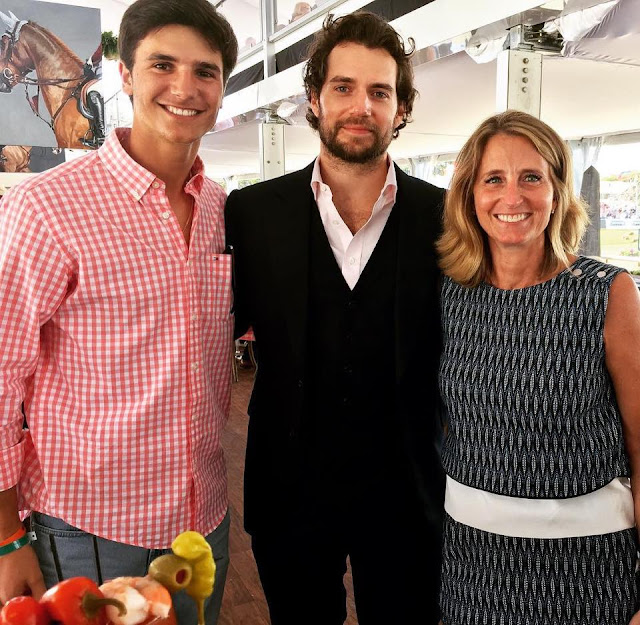 Juan just shared his photo with Henry from earlier this year.

jmatute_official: "Throwback to when I met @henrycavill, aka Superman, at the Palm Beach Masters. Cool guy."

Henry spent several months in Florida, before heading to Winnipeg to film Nomis with that longer hair and beard. Juan added a few more details about their meeting on our IG post:

"So cool!! It was great speaking with him and knowing that he enjoys attending equestrian events. Maybe we will meet again in the near future."🏼

Henry does enjoy horse events, and back in February this lucky fan also got a chance to chat with him during a similar outing in Florida. Just last month, Henry attended a Gold Cup Polo match with his girlfriend, Lucy Cork in the UK.

Thanks for sharing, Juan!
Posted by Blog Administrator