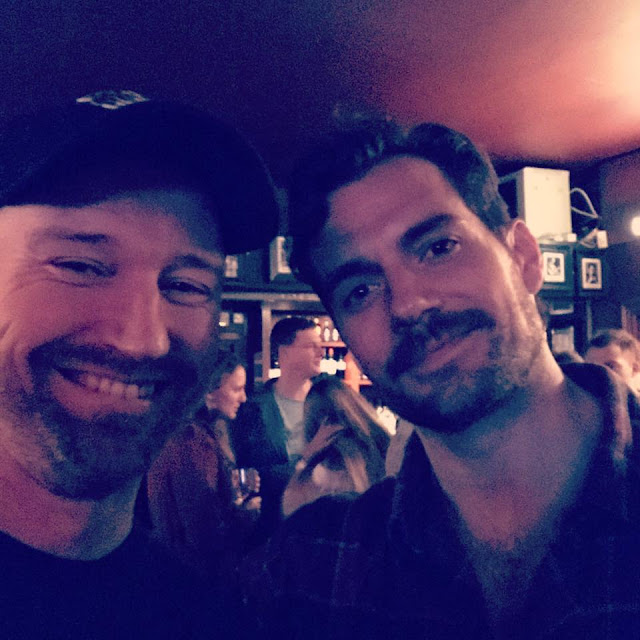 
"With an amazing sellout performance by Ard Matthews at The Half Moon Putney on Friday, we're looking forward to shows coming up in Maidstone on Sunday 13th, The Wandle in Earlsfield on Wednesday 16th, The Classic Grand in Glasgow on Thursday 17th and finally Zimfest Kempton Park Racecourse on Saturday 19th! Even Superman actor Henry Cavill and Rugby Union legend Alistair Hargreaves popped in to see what all the fuss was about."


Musigooroo got a chance to meet Henry on Friday, when he attended the Ard Matthews concert in London.  They just shared this new pic and video from the performance.

Henry has been busy filming Mission: Impossible 6 and reportedly doing Justice League reshoots, before the M:I6 production moves to Norway next month.
Posted by Blog Administrator