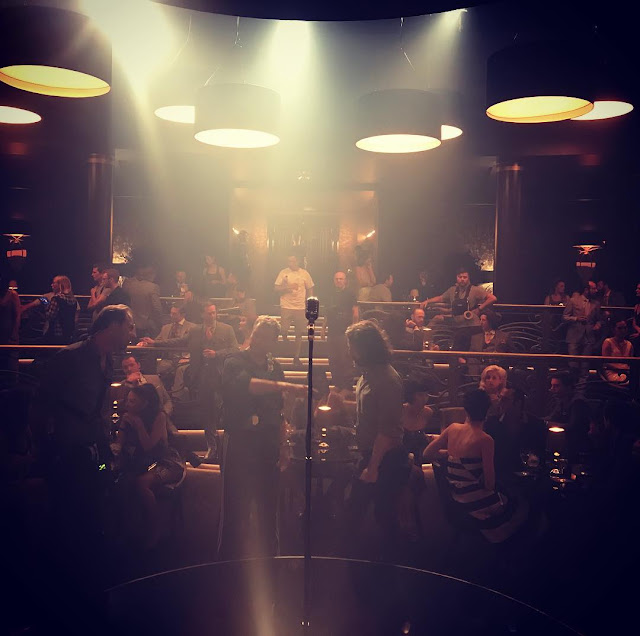 As we follow the Mission: Impossible 6 production, we're now getting a much closer look at Vanessa Kirby's character.

The actress and director Chris McQuarrie have shared these behind the scenes pics from the M:I6 set in England, that show some kind of nightclub setting (that looks like cinematographer Rob Hardy with the long hair).


In this top photo, Kirby appears to be chatting with Tom Cruise who we saw her kissing in Paris. Another night she was at the same set as Henry.

Hardy also posted a photo of Kirby (that goes along with this one) in a different outfit but similar set.


It will be interesting to find out who she plays in the film and whether she's there to help the latest mission.. or prevent it. Mission: Impossible 6 will hit theaters July 27, 2018.