Save The Date: 'Go Wild For Durrell' On February 23rd!


How is this for a productive way to start the new year?

Henry just launched a new fundraising campaign for Durrell Wildlife, and it's a really fun one!

Read all the details in the press release below.

Durrell is excited to announce its inaugural ‘Go Wild for Durrell’ fundraising day, an initiative supported by our global ambassador Henry Cavill.

Take a walk on the wild side, and unleash your animal spirit to help raise funds for Durrell Wildlife Conservation Trust.

On Friday 23rd February, Durrell is calling on all its supporters, anywhere in the world to enjoy a day of wild activities and fundraise wildly for the world’s endangered species.

Whether you’re at home, in the workplace, at school, or part of a club or team, Durrell invites you to come up with your unique take on ‘wild’, and take part in an animal-inspired fundraising activity of your choice.

Speaking on behalf of Durrell, Alex Shears, Head of Communications and Fundraising commented “The work we do both in Jersey and all over the world is really serious, but getting involved in ‘Go Wild for Durrell’ is a really fun way to support our mission and help protect the world’s wildlife. I am really excited to see all the creative ways that people take part in this initiative.” 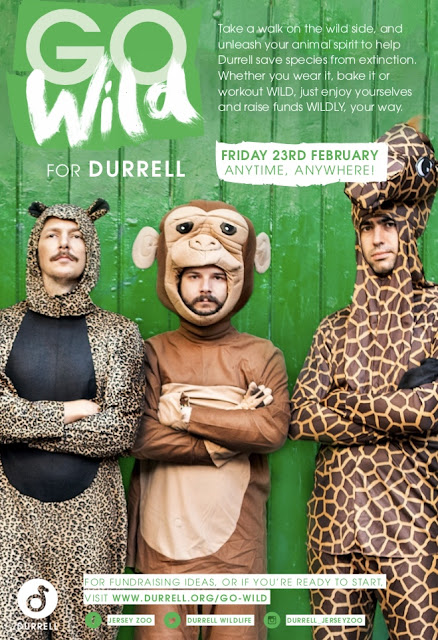 What is ‘Go Wild for Durrell’?

This is Durrell’s first fundraising event of this kind, which is planned to be an annual event. Whether you’re at home, in the workplace, at school, or in a club, Durrell wants you to take part in an animal inspired activity to raise funds for Durrell Wildlife Conservation Trust.

Did you know that Durrell is an international charity and that it costs over £8 million to run every year? Since 1959, Durrell have been on a mission to save species from extinction, and we need your help now more than ever! 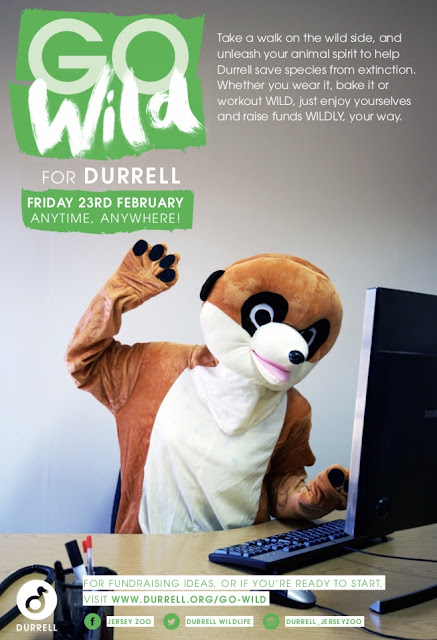 Dress-up day: Are you a queen bee or a silverback gorilla?

Chin-up challenge: Are you as strong as a Sumatran orangutan?

Take a walk on the wild side: Take your team on a barefoot stroll.

Sponsored run: Can you out-race a Saint Lucia racer snake?

Sponsored yoga class: Can you balance like a Chilean flamingo?


More information on how to get involved and support ‘Go Wild for Durrell’ can be found at durrell.org/wildlife/go-wild.


Prizes will be awarded for the most:

- Funds raised by a school or nursery

- Funds raised by an organisation

- Funds raised by a club or team

Winners will be announced after Friday 23 February via email and on social media. 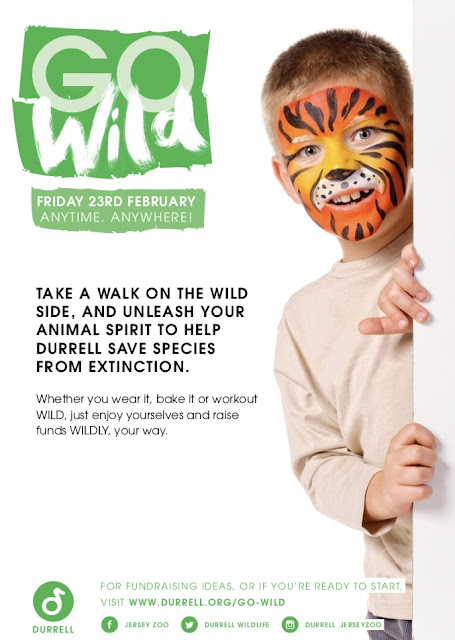 We already have a few ideas on how we're going to participate, how about you?

Can't wait to see what everyone comes up with in support of Henry and Durrell Wildlife!
Posted by Blog Administrator