Just hours after learning that Mission: Impossible Fallout is the title of the latest film in the action franchise, we have a first look at the cast during the taping of their appearance on The Graham Norton Show in London. The episode will air tomorrow night on BBC One and sometime next month on BBC America. If you can't watch it, don't worry... we'll post their interview as soon as it hits YouTube. 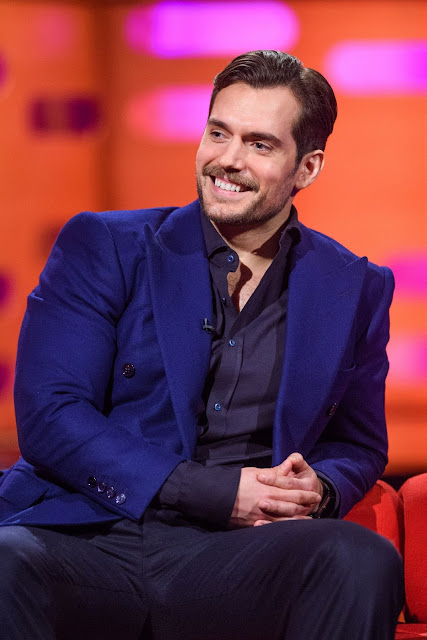 UPDATE: The Express has a preview of what the cast spoke about during the show:

Tom Cruise spoke on The Graham Norton Show about what is apparently the most ambitious stunt ever recorded for the franchise.

The leading man said: “There is one big set piece, which has been two years in the planning. We do an aerial helicopter sequence, which in terms of action is the largest we have ever done.

“We were flying very low near rock faces and I was literally on Henry’s tail. It was incredibly exhilarating and dangerous.”

Cavill added: “I thought at one point, ‘ah, this is how I go but at least I will have been killed by Tom Cruise and it will definitely make the papers!’”

More details via The Evening Standard:

Cruise spoke about the moment he broke his ankle during filming the Mission Impossible 6– and confessed that it’s still broken as they finish filming for the highly-anticipated new film.

Cruise, 55, told the show: “I was chasing Henry [Cavill] and was meant to hit the side of the wall and pull myself over but the mistake was my foot hitting the wall. I knew instantly my ankle was broken and I really didn’t want to do it again so just got up and carried on with the take.

“I said, ‘It’s broken. That’s a wrap. Take me to hospital’ and then everyone got on the phone and made their vacation arrangements.” 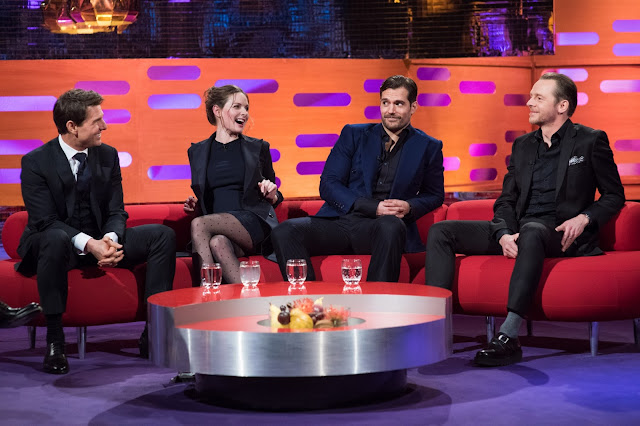 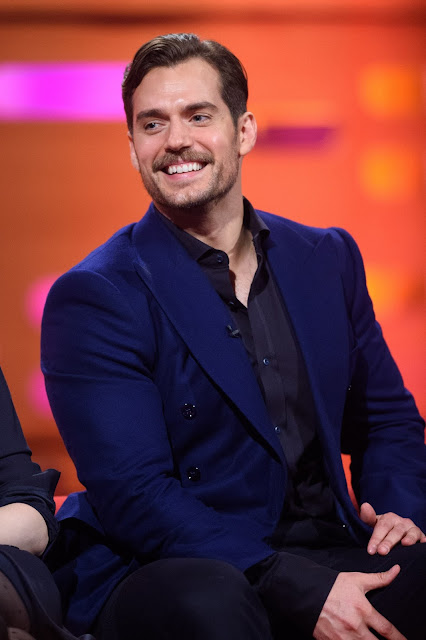 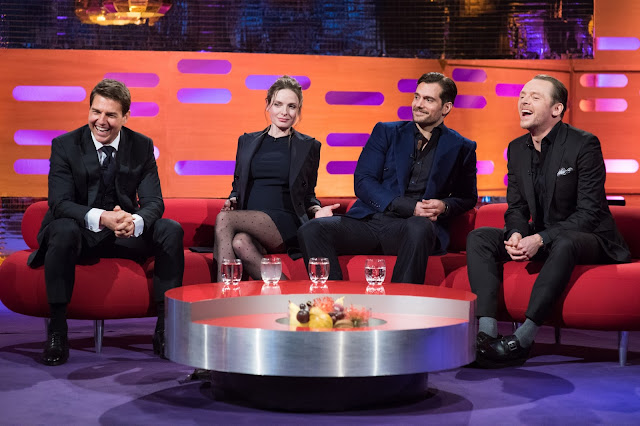 P.S. With a special green room appearance by Kal!


Also... Tash of Steel is inviting you to watch.


Tonight on The Graham Norton Show! You'll get to hear behind the scenes stories, swoon over Mr Cruise and his admirable ways, laugh with Simon Pegg, enjoy the witty and gorgeous Rebecca Ferguson and listen to the incredibly talented Paloma Faith! Oh and also guest starring the Tash of Steel.... #GrahamNorton #TomCruise #SimonPegg #RebeccaFerguson #MissionImpossibleFallout #PalomaFaith #Metalstache
A post shared by Henry Cavill (@henrycavill) on Jan 26, 2018 at 6:06am PST


First clips are in!

This is what we've learned as we wait for the entire show to be released online.

"I didn't realise until half way through filming that my name was August." #HenryCavill jokes that he didn't know his character's first name whilst filming #MissionImpossibleFallOut. #TheGNShow
— Graham Norton Show (@TheGNShow) January 26, 2018


"Take me to Tom Cruise's house!" #HenryCavill is telling us how he nearly worked with @TomCruise on #AManFromUncle and used to do script readings at his house in LA. #TheGNShow pic.twitter.com/Cn86Y2QjTS
— Graham Norton Show (@TheGNShow) January 26, 2018


Watch the full show HERE or HERE. We'll update with the official YouTube version as soon as it's in. It airs on BBC America Friday, February 9th.
Posted by Blog Administrator