Someone Just Got Killed Off In 'Mission: Impossible Fallout'


As we wondered what Mission: Impossible Fallout character is no longer with us, after director Chris McQuarrie posted that top ominous pic... the paparazzi stepped in with some important clues. 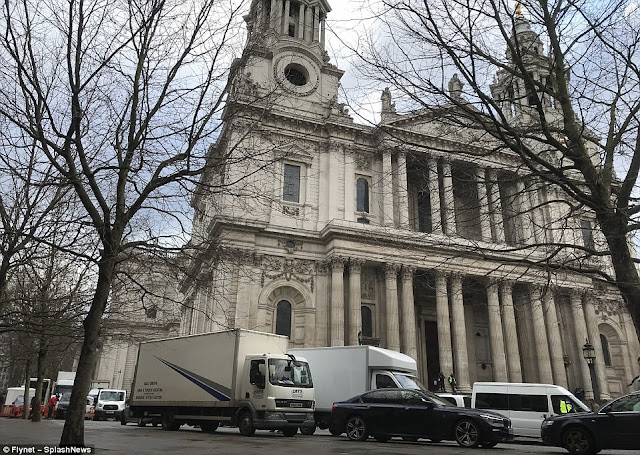 It turns out filming took place today at St. Paul's Cathedral, and they managed to capture some of the action that involved Tom Cruise very much alive as Ethan Hunt, as you can see in these pics and video from the set.


Casual Friday afternoon in the office when Tom Cruise realises finance isn't for him. I know Tom, I want to go home too. pic.twitter.com/9GJJuZFVRC
— Pam Sell (@PamSell) February 9, 2018

So we know he's not in the coffin, which leaves... everyone else in the cast!

We'd love to read your guesses in the comments section below.

Mission: Impossible Fallout is set for a July 27 release.

UPDATE (2/11):  More stunts this weekend involving Tom. These are the latest set pics.