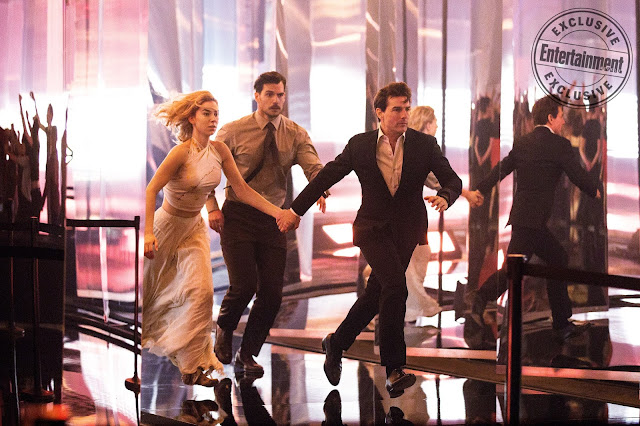 Entertainment Weekly has released its Summer Movie Preview, and it includes a new look at Mission: Impossible Fallout!

The still features Henry, Tom Cruise and Vanessa Kirby apparently running for their lives. We saw a bit of this nightclub scene (shot in Paris last spring) in the first trailer for the movie.

Hopefully the second trailer (which director Chris McQuarrie says is coming "soon") provides more clues about the plot, that for the most part has been kept under wraps.

UPDATE (4/25): The print version of the magazine features another new still from the film. It shows director Chris McQuarrie and cinematographer Rob Hardy, working on a shot of Tom Cruise and Henry on the Paris set of M:I Fallout. 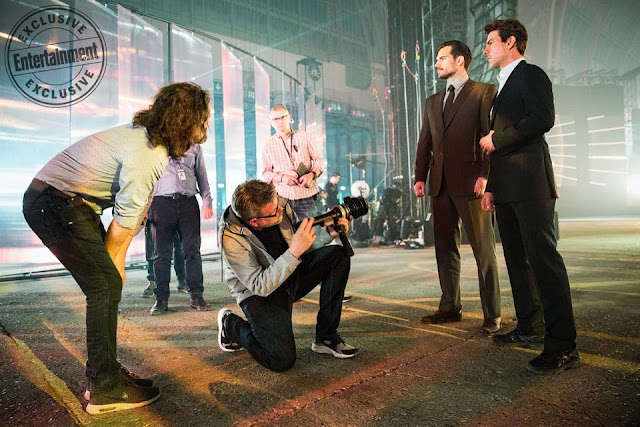 As for that top pic, it turns out Henry had more to worry about than dealing with dangerous criminals:

"That floor was a death trap. That may have been my biggest stunt, because I'm wearing leather-soled shoes, and on that floor, you can't stop."