The fallout of all his good intentions....in 100 days. Be ready. #MissionImpossible #MI6 @MissionImpossible
A post shared by Henry Cavill (@henrycavill) on Apr 18, 2018 at 2:52pm PDT


As we celebrate 80 years of Superman, it's also an exciting day in the Mission: Impossible world. We're just over three months away from the release of the sixth installment of the action franchise and the cast is counting us down!


Hey Everybody, you good? Are you counting down the days like I am? Everything has led to this. 100 days until #MissionImpossible Fallout drops in theatres. pic.twitter.com/SCRSgoWhLC
— Angela Bassett (@ImAngelaBassett) April 18, 2018

Forbes writer Scott Mendelson gave a big thumbs up to M:I Fallout's first trailer, and now has once again shared his excitement for the upcoming movie:


After "winning" the Super Bowl with the year's best trailer, Paramount/Viacom Inc. has to be all the happier about A Quiet Place knowing that they have at least one mega-hit up their sleeve. This will be the sixth Mission: Impossible movie and only the first sequel to have a prior director return to the fold. On one hand, I loved that this franchise was a director's sandbox. But one cannot argue with success and Christopher McQuarrie's Rogue Nation was a superb entry in a remarkably consistent franchise. These movies have grown in popularity and it stands to reason that one will eventually bust through the $700 million+ worldwide ceiling. Will the (presented in 3D this time) Fallout be the one? Either way, I'd be shocked if this wasn't one of the best studio releases of the summer, if not the year. In Ethan Hunt, we trust. 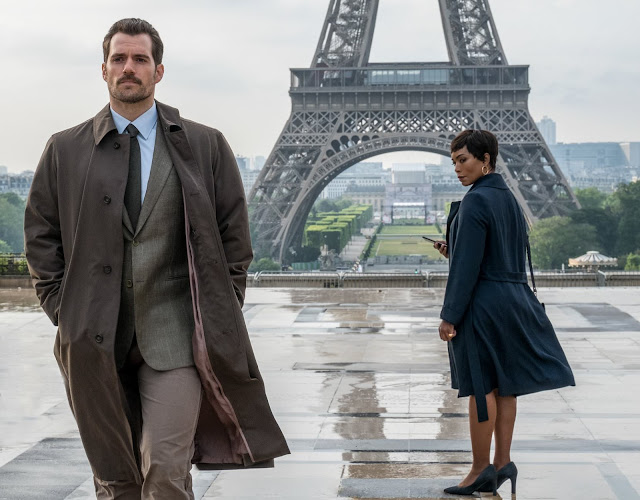 The countdown begins! Who else is excited? https://t.co/qterqBjkNg
— Skydance (@Skydance) April 18, 201