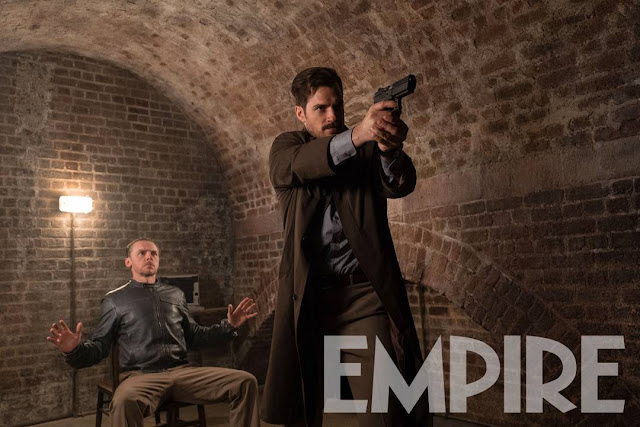 Here's Henry Cavill on the #MissionImpossible Fallout moustache drama — and an exclusive new pic of the 'tache in action: https://t.co/aeH0jFogla pic.twitter.com/gMv5P3WPPt
— Empire Magazine (@empiremagazine) May 15, 2018


Do NOT mess with Walker.

Empire Magazine has released a new pic of Henry as the tough CIA agent, with just hours to go until the second trailer is released!


The magazine also shared a preview of their exclusive interview with Henry:

“When we decided to go for the moustache, I certainly wasn’t expecting all the events to unfold as they were going to unfold,” Cavill told Empire, admitting: “I wasn’t expecting Justice League reshoots to be as extensive as they were.” He added: “As you will see when [Mission] comes out, to have a fake moustache on would not have been a possibility.” 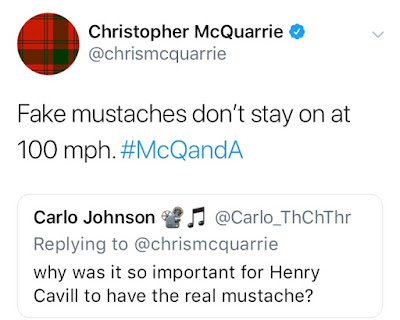 Once the Mission shoot was complete, Cavill was able to shave it off — a choice which he mournfully documented in an Instagram video. “I absolutely do miss it,”he says of his former facial fuzz. “I’d grown quite fond of it over time, but I’m also very happy to have my own face back.”

Empire's 'Summer Movie Blowout' issue goes on sale Thursday. We'll post the complete interview when it's in, and stay tuned for that new trailer!


@HenryCavill joining his #missionimpossiblefallout costars in new Japanese promo teasing the release of the new trailer tomorrow! 👏🏻 via @casperandyune. #henrycavill #angelabassett #simonpegg #missionimpossible #tomcruise #rebeccaferguson #alecbaldwin #vingrhames
A post shared by Henry Cavill News (@henrycavillnews) on May 15, 2018 at 6:34am PDT