More buzz For The Witcher, Latest From Budapest

Since Netflix released this sneak peek of Henry as The Witcher back in October, fans have been waiting to see more -- now that production on the fantasy series is underway in Hungary.

The buzz for the show has been steadily growing, and it's definitely on IGN's radar!

From video game adaptations to dramatic thrillers, these are the 20 new TV shows we're most excited about in 2019: https://t.co/xfTNF037nI pic.twitter.com/6kZkQensca
— IGN (@IGN) January 7, 2019

"Netflix is getting into the fantasy business in a big way, with a live-action adaption of The Witcher, starring Henry Cavill as Geralt of Rivia. The series is based on the written works of Polish author Andrzej Sapkowski, whose novels chronicle the thrilling adventures of the witcher Geralt, the sorceress Yennefer, and a mysterious ashen-haired girl named Ciri. CD Projekt Red, a video game developer, loosely adapted Sapkowski's characters into a successful franchise of their own. However, the producers behind Netflix's version are planning to stick closer to the books than their video game counterparts. Cavill's recent screen test in full make-up and costume caused quite a stir, with some saying he needed to look more like the video game version (especially The Wild Hunt), where the White Wolf if often seen with a beard and several scars. Either way, The Witcher looks to be an exciting new addition to Netflix's diverse lineup of original programming."

Filming went on hiatus last month but the work continues behind the scenes, with showrunner Lauren S. Hissrich offering a couple of updates from L.A.

I’m missing Budapest, so LA decided to give me a taste of it... pic.twitter.com/pwTPDY7oBl
— Lauren S. Hissrich (@LHissrich) January 12, 2019


In the meantime, Henry is not the only one putting in some extra hours to work on his character development. His costar, Therica Wilson Read shared a few key moments on her IG as she worked on her archery skills. She's playing sorceress Sabrina in the series. 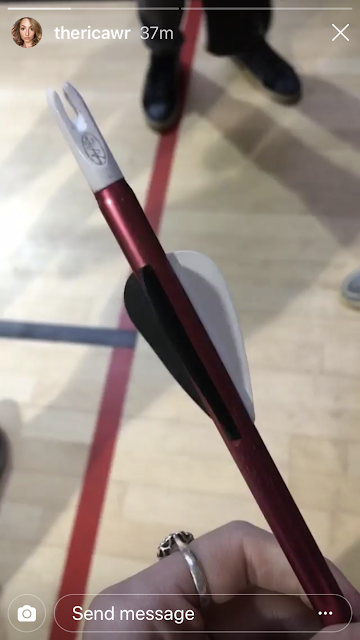 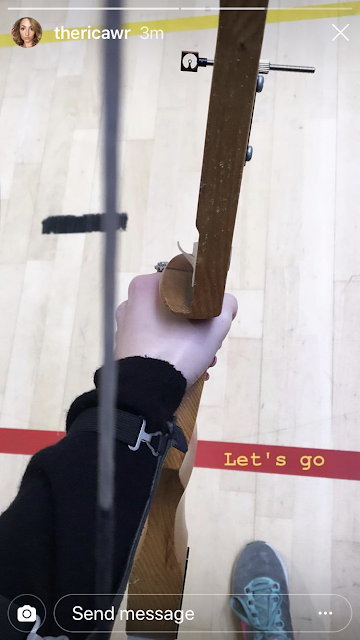 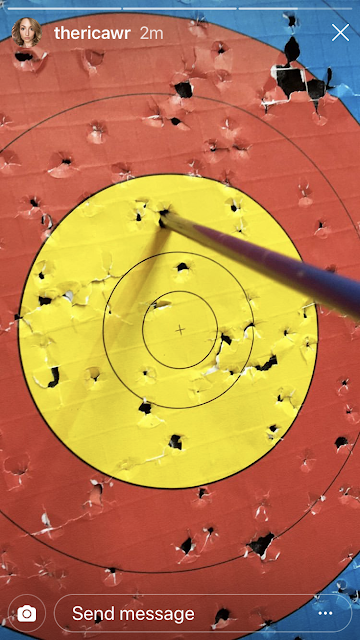 Not bad at all!

The Witcher will premiere on Netflix this year, so keep checking back for the latest production updates.
Posted by Blog Administrator

Email ThisBlogThis!Share to TwitterShare to FacebookShare to Pinterest
Labels: Budapest, Production, The Witcher