All Eyes On 'The Witcher' Following GoT Finale 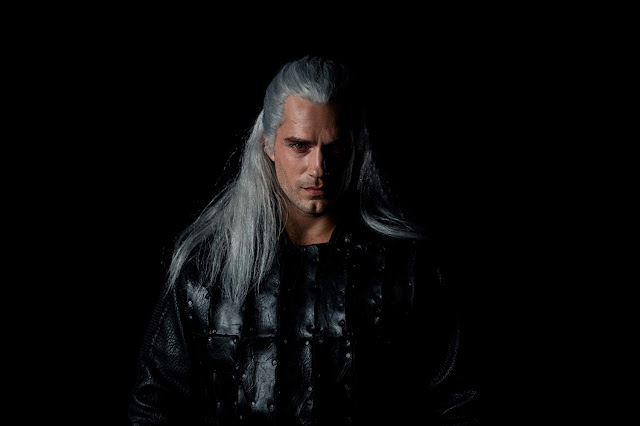 As TV viewers look for the next big thing following the Game of Thrones finale, all eyes are now turning to The Witcher. The show that's about to wrap production in Budapest, has been popping up in article after article talking about its chances of ruling supreme.

Based on a series of novels and stories by the Polish writer Andrzej Sapkowski (though we should note that the video games based on Spakowski’s books may be better known than the books themselves), the upcoming Netflix series is already notable for apparently snagging Henry Cavill away from the role of Superman. Cavill will play Geralt of Rivia, a monster hunter sworn to protect a young princess, who uses both supernatural abilities and body modifications to defeat mythical beasts. Save for the fact that it focuses on a smaller number of more intimately connected protagonists, the series, while still somewhat shrouded in mystery, appears to have the potential to tick off a lot of the boxes that made Thrones Thrones.

Epicness: Andrzej Sapkowski has certainly built his own world, but his novels tend to be more episodic in nature and focused mainly on the central protagonist, Geralt of Rivia, and his protégée Ciri.

Political intrigue: There are warring kingdoms herein, and interestingly it all takes place in a land that was inhabited by magical creatures until humans came around and colonized it. Now those magical creatures are forced to live in ghettos.

More than white men with beards?: Aside from Cavill’s main role, most of the major characters are female, including the bisexual Princess Ciri (though—spoiler alert—her eventual female love interest isn’t among the cast of the first season). The cast list features some diversity and a female showrunner, Lauren Schmidt Hissrich.

Dragons?: Yeah. Geralt kills them. He’s a monster hunter. It’s what he does.

Based on the Polish writer Andrzej Sapkowski’s fantasy series about monster hunters with supernatural abilities, “Witcher” has a uniquely “Thrones” pedigree. It’s literary work with a pulpy setting.

Most important, “Witcher” has something nearly all the other shows don’t: an airdate. Netflix says it will debut it in the fall.

While not much is known about Netflix's production of The Witcher, the massively popular book and video game series has plenty of material to draw from. CD Projekt Red's expansive RPG The Witcher 3: Wild Hunt captured everything that fans love about the series — epic monster battles, rich characters and, of course, sex with sorceresses. Netflix's series is helmed by Daredevil writer Lauren Schmidt Hissrich and stars Henry Cavill of Superman-fame as the white-haired, cat-eyed Witcher Geralt of Rivia.

Henry Cavill is starring as monster-hunter Geralt of Rivia in Netflix’s forthcoming adaptation of the video game series The Witcher. There’s reason to hope this eight-episode series won’t suffer the same creative fate of countless other adaptations of games — and this one may be the most obvious contender as a Thrones replacement, given the fantasy element.

Although it might be more famous as a video game series to most, The Witcher actually began as a series of novels by author Andrzej Sapkowski. Superman star Henry Cavill is going to play the title character, monster hunter Geralt of Rivia. And he’s doing it in a questionable platinum blonde wig. But don’t expect that to stop fans of the series from turning out in droves. This is Netflix’s first big jump into the epic fantasy pool, and coming on the heels of Game of Thrones this has a real shot at filling that fantasy hole in our hearts now that Westeros is a memory.

Netflix is throwing its hat in the fantasy ring with its take on acclaimed novel turned video game series, The Witcher. The hugely popular fantasy novels by Andrzej Sapkowski have legions of fans globally who are eagerly anticipating the small screen adaptation. Henry Cavill takes on the lead the role as Geralt of Rivia, a solitary monster hunter after fans had been deeply speculating who would play the protagonist for months.

Henry Cavill will ditch the Superman cape and “Mission: Impossible” mustache to take up the steel and silver swords of Geralt of Rivia. The white-haired monster hunter with yellow cat-eyes slays beasts for gold across the Continent using his magical witcher powers. However, Geralt is one of the last of his kind, and most people don’t take kindly to witchers. His stories span Polish writer Andrzej Sapkowski’s novels and can be played through in the video game trilogy of the same name.

Now let's just hope we don't have to wait too long for a teaser to drop. Keep checking back for the latest news on Netflix's The Witcher.

UPDATE (5/21): While we have yet to really get a good look at Henry as The Witcher, his costar Joey Batey has given us a glimpse at Geralt's set chair. Batey plays Jaskier, who is a close friend of  the monster hunter. We look forward to seeing Henry and Joey's scenes together when the show premieres this fall.


Best pals. Hey gang. This is me now. I’m not a big user of social media so won’t be posting much. But might throw the odd thing up now and then. Anything from me I’ll sign JB. Love x
A post shared by Joey Batey (@joeybateyofficial) on May 21, 2019 at 4:27am PDT