I got all my hairs cut off! Here you can see my freshly shorn look at the Boss eyewear Fall/Winter 2019 photoshoot. #BossEyewear #FW19
A post shared by Henry Cavill (@henrycavill) on Mar 1, 2019 at 5:02am PST


Spring is almost here... and with it comes a sneak peek at Henry's Fall/Winter campaign for BOSS eyewear. He shared the photo of his new shorter hairdo today, after pics from the Spring/Summer promo made their way online last month.

When fans asked to see Kal, he shared a sweet video of the two on set.

You guys wanted to see Kal. Here he be. Being his usual, bouncy, sometimes behaved, sometimes mischievous self. #BOSSEyewear #FW2019 #Akita #KalBear
A post shared by Henry Cavill (@henrycavill) on Mar 1, 2019 at 5:59am PST


If you ask us, BOSS is *really* getting a two for one deal because Kal is such a pro -- having participated in several of Henry's shoots!

We'll share more photos from the Fall/Winter campaign as they are released. 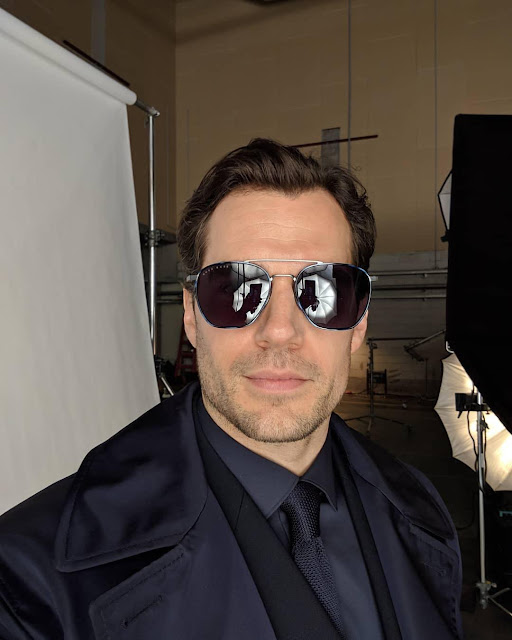