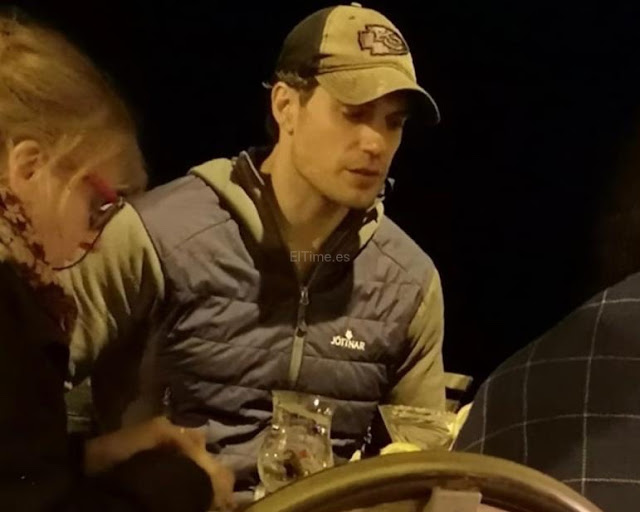 It's been a crazy busy schedule for Henry, since he arrived in the Canary Islands earlier this month to film The Witcher. While there's been no photos of him at the filming locations, the La Palma press caught up with him as he enjoyed a night off.

It's midnight. From the door of a bar in Tazacorte you hear cries of "handsome! handsome!..." Someone raises his hand and says hi gratefully: it's Henry Cavill. Yes, the last Superman, who is in La Palma giving life to the wizard Geralt de Rivia, main character of the Netflix series, "The Witcher." It is the first images captured of Cavill in the Isla Bonita (...) After several days of intense work in the natural landscapes of La Palma, last night he walked through the town of Tazacorte, initially unnoticed. He enjoyed several tapas on the terrace of Tasca La Marmota, sitting quietly on the avenue, at a good temperature. After a while, despite the cap he was wearing, everyone around him knew it was him. Nobody bothered him. That's how we are the palmeros. Almost two hours of quiet dinner with several of his companions, including some bodyguards.


Only at the end of the evening, hours later, when he retired back to the hotel, some fan asked for a snapshot: "I can not by contract, I'm sorry." Although, he did sign an autograph. Cavill will continue in La Palma for several more days (almost two weeks of filming have been scheduled in different parts of the Island). Despite being a quiet, friendly Island, his presence generates such an impact that it is almost impossible for him to go unnoticed. 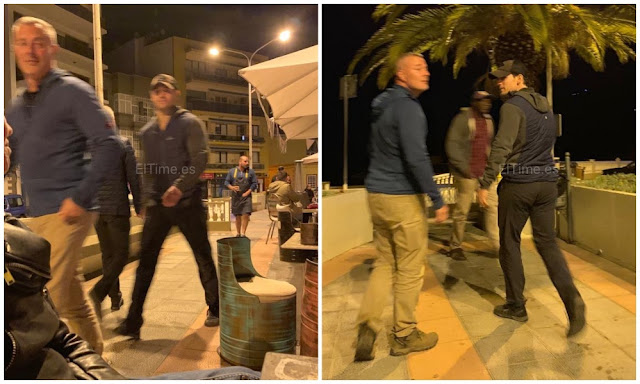 
It took six months, but I finally learned how to hug Geralt without sustaining embarrassing armor injuries to my face. 😳⚔️🐺
— Lauren S. Hissrich (@LHissrich) March 15, 2019


We can't wait to finally meet Henry's Witcher, when the show premieres later this year!
Posted by Blog Administrator