"He Is Absolutely Obsessed With Geralt" Showrunner On Henry 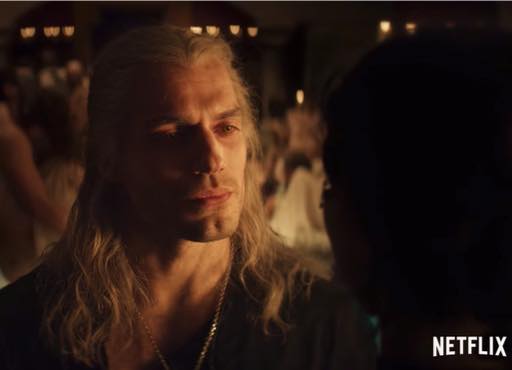 The Witcher showrunner, Lauren S. Hissrich is wrapping up her visit to Lucca Comics & Games, where she did several interviews ahead of the release of the new trailer.

She talked to Variety (you can read that interview here) and also chatted with BGR about the Netflix series and its stars, including Henry:

“He’s a dream to work with, but even more than that, and the fact that he’s a genuinely nice human being — he is absolutely obsessed with Geralt in a way I could not even fathom when we met. He has so thoroughly steeped himself in this world. He’s a huge gamer and knew the games very well and then when he realized Netflix was making the show, he went and read all of the books, so he’s really a scholar of the material that’s come before us. What I love is also what Henry has brought to his own Geralt. With any actor, a little piece of them comes into the role they’re playing. Henry has a stoicism to him and sort of a quiet thoughtfulness that he has instilled in Geralt.”

Hissrich was in Italy with Freya Allan, Anya Chalotra and Andrzej Sapkowski. She shared some of the cool moments from their trip to the con.

Calling to say hi to my loves while on stage in Italy. It’s a weird life, and a great one. ♥️

It’s been like this all day and it is AMAZING. ♥️⚔️🐺

Today, The Witcher trailer is what everyone is talking about!

Make sure to catch the details on the cool exhibit Netflix set up for fans in Lucca and look for the latest on the show as we look ahead to its release: Friday, December 20th.
Posted by Blog Administrator