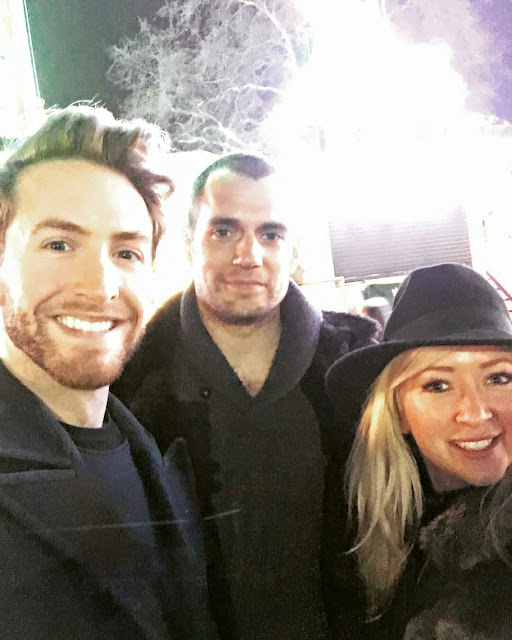 Anthony was among the latest lucky group of people to meet Henry in London (at Hyde Park's Winter Wonderland, which looks fuuuun!). Just yesterday a few other fans ran into him at a club.

I have had the best day EVER at winter wonderland.....topped of by bumping into Henry Cavill aka #superman #winterwonderland #henrycavill
A photo posted by chargunn90 (@chargunn90) on Dec 19, 2015 at 3:28pm PST

It's always nice to see Henry out enjoying his beautiful city. It won't be long before he starts promotion on Batman v Superman and might be too busy for that. Bundle up everyone, it looks chilly out there!


Bumped into Superman having a Beer at Winter Wonderland! 💪🏼👊🏻😍 #superman #henrycavill #hunk #starstruck
A photo posted by Laura Byrne (@lodsbyrne) on Dec 20, 2015 at 1:51am PST

@HenryCavillNews he's got the "style à l'anglaise" ! And he always seems so sweet and smiley around fans. He's awesome.
— It's A Coffee Shop (@itsacoffeeshop) December 19, 2015