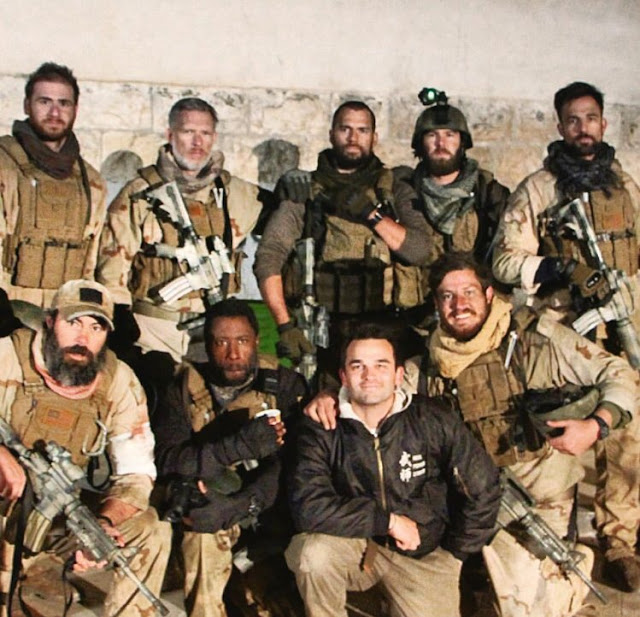 
It's sure nice to see you again, Captain Syverson!

We've only gotten a few glimpses of Henry as he filmed Sand Castle in Jordan, but could he already be done? -- It certainly looks like it based on that update by Matt Sinnreich. Actor Neil Brown Jr. also posted a farewell kinda caption with his latest photo from the set.

And check out this neat comparison of the actors and the troops they are portraying in the film, via screenwriter Chris Roessner's wife.


While filming is reportedly continuing through the end of the year, it appears some of the cast is done with their work. Congratulations to those headed home, and if that includes/included Henry, we can't wait to see him back in London for the holidays. Sand Castle is expected to be released sometime next year.