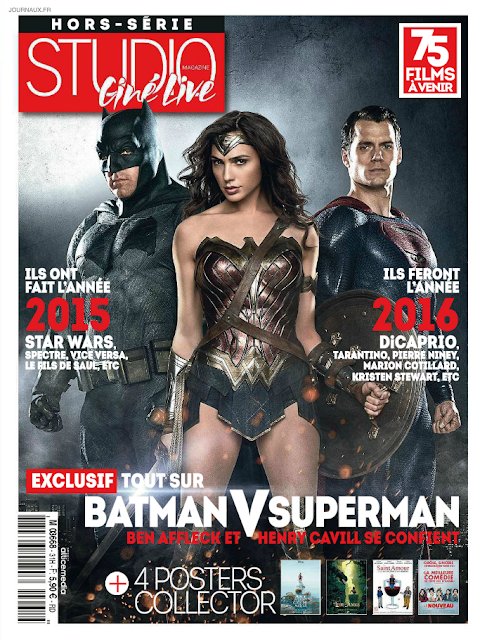 Studio Cine magazine just went on sale in France, and the issue includes new interviews with Henry and Ben. Cineloon was kind enough to share the scans and translate the interviews (thank you so much). Henry talks about how he's portraying Clark in Batman v Superman, the benefits of his updated suit, and more. Ben talks about what Batman thinks is his legacy in the film. Not great news for Supes.. 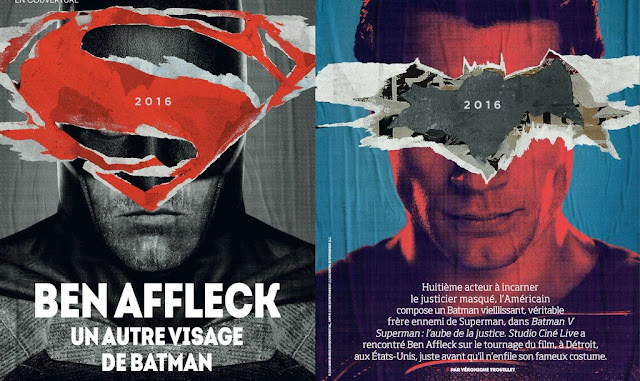 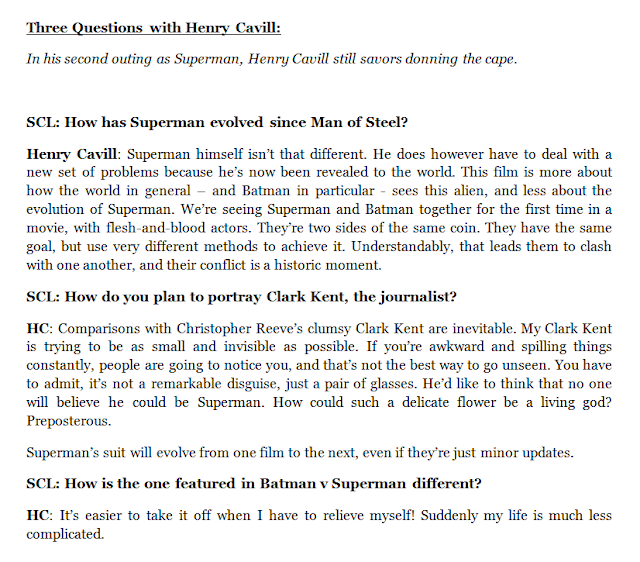 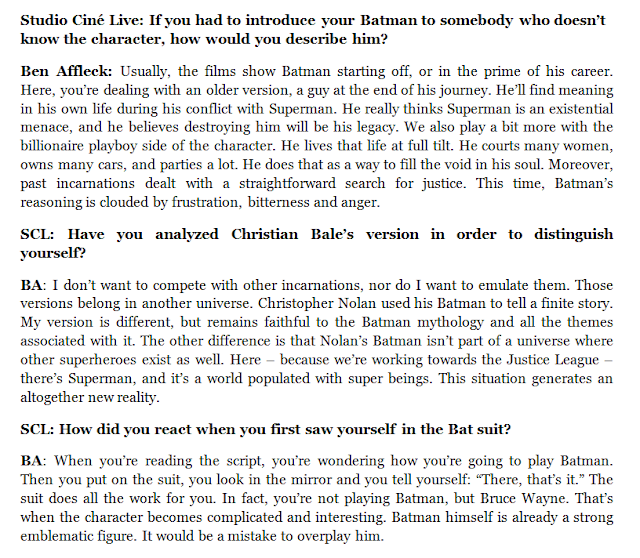 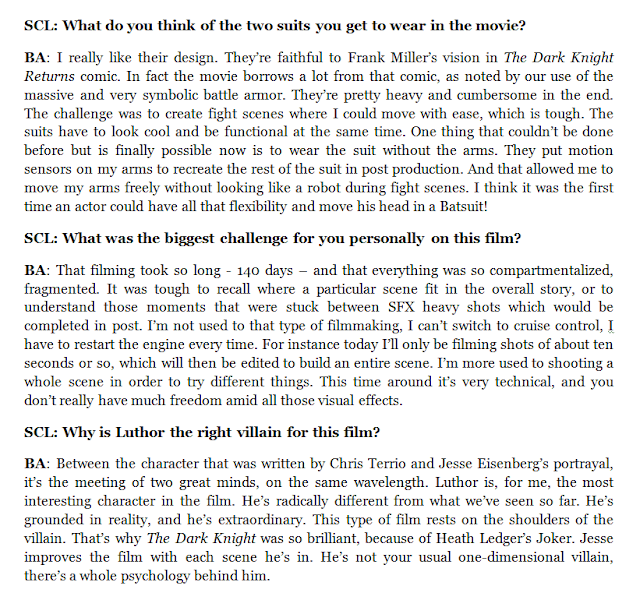 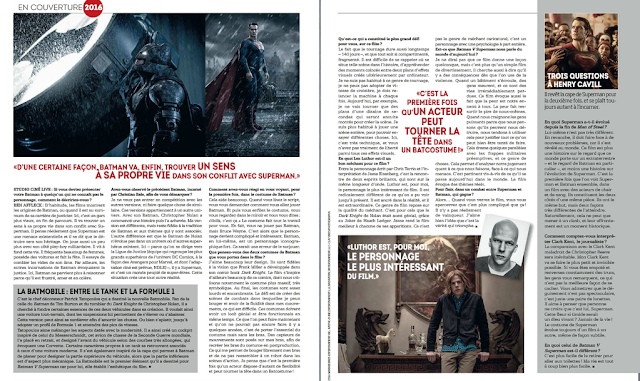