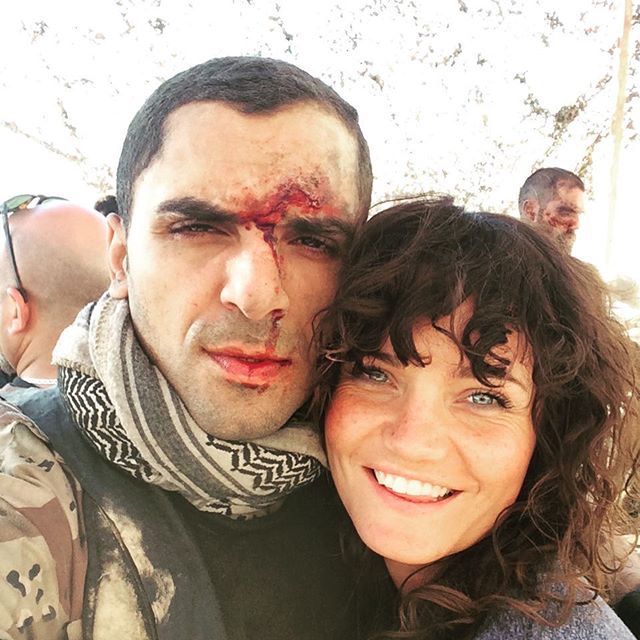 
First Sammy Sheik shares a smiling selfie with Henry, and now he gives us another inadvertent glimpse of Captain Syverson while he was in Jordan.

Sammy captured the moment, while posing with the woman behind the bloody exteriors, makeup artist Jemma Harwood. Just a few days ago Henry shared his close-up of her work on his Instagram, along with another great shot from the set.

While Henry is back in London after finishing his work in Sand Castle, filming continues for the next few weeks. And we've been getting some cool pics from the sets, courtesy of his costars who are now back in "Baghdad." The film is expected to hit theaters next year.

Yeah......we ready. Having the time of my life on this one, another true story. Thinking I got a theme going! #neilbrownjr #work #sandcastlemovie #blessed
A photo posted by Neil Brown Jr. (@1neilbrownjr) on Dec 9, 2015 at 1:37am PST