Henry Back In South Florida: New Pic With Fans 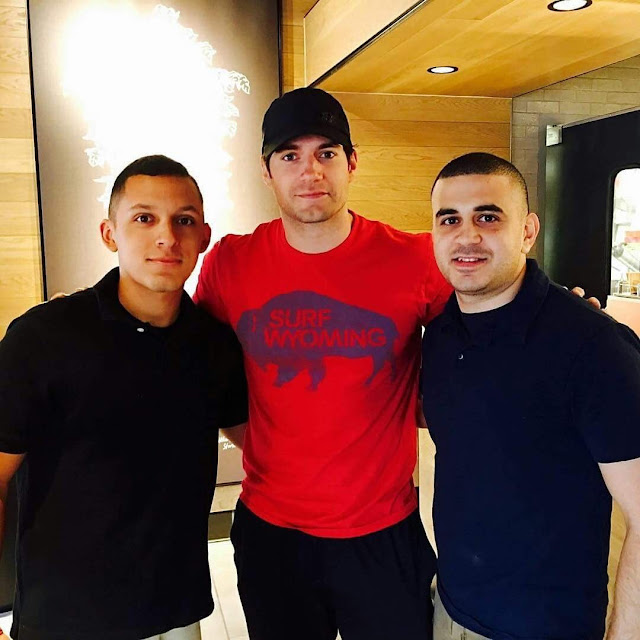 "That boy, Henry Cavill, aka SUPERMAN"

People have been running into Henry in South Florida all week (and sharing their excitement), but Kenny and Anthony also got a pic with him! -- Hope he's having a great time in the Sunshine State.


So im ringing people up today & I look up and there Superman, Henry Cavill. Right there ordering w/ some friends, I was so damn starstruck😍
— Lady Knight ♡ (@Ciera_Night) October 28, 2016

Soooo super man was just eating at the same restaurant as my family and me. What up Henry Cavill!! #Superman #HenryCavill #nbd
— Mary Frances Dohn (@maryfdohn) October 24, 2016


Henry also spent time in Miami last month, and just last week he was spotted in LA after wrapping Justice League in London and participating in the Commando Challenge.