Halloween At Durrell Wildlife: Tasty Treats For All!

It may not be Halloween quite yet, but the animals at Durrell are already enjoying some tasty holiday snacks.

Here's a little something to make you smile... The meerkats at Durrell Wildlife Park absolutely loved their mealworm-filled Halloween treat! 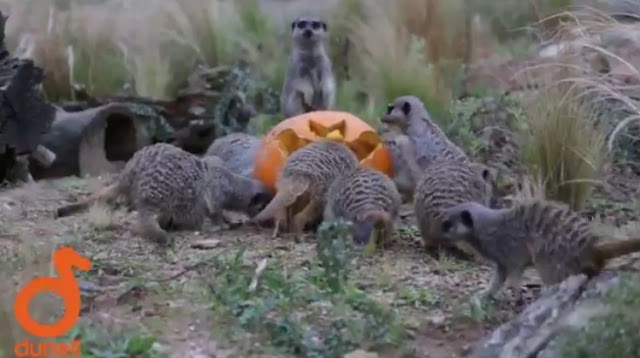 Those must be some really good mealworms!

Durrell promises to post more of the animals enjoying their pumpkins over the weekend.

In the meantime, check out their YouTube for some really cool videos of the different animals at the park, as well as Henry's interaction with them.

And don't forget to keep up with his updates, at cavillconservation.com. 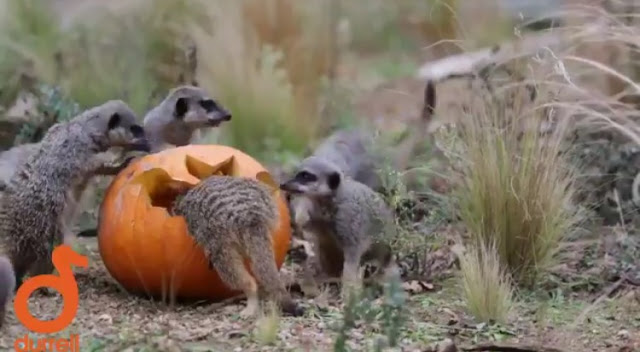 UPDATE: Here's Ala being adorable as she eats her pumpkin, and more animals at the park.

Last but not least for #WorldLemurDay... Ala the aye-aye enjoying her enormous #Halloween pumpkin! 🎃 Have a great weekend! #LetsSaveLemurs pic.twitter.com/H2HU3dDyVO
— Durrell Wildlife (@DurrellWildlife) October 28, 2016


Happy Halloween 🎃 Here's a little something to make you smile on Monday morning... Our Galapagos tortoises tucking into a delicious pumpkin! pic.twitter.com/R6txKS8xPS
— Durrell Wildlife (@DurrellWildlife) October 31, 2016