Heads Up America: 'The Durrells' Premieres Sunday On PBS 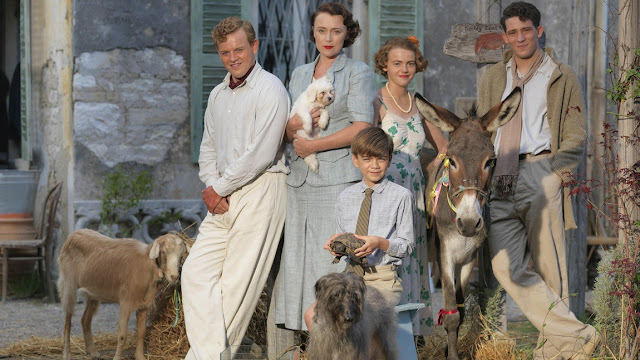 Back in May, Henry gave a warm welcome to Milo Parker as the newest ambassador for Durrell Wildlife. The young actor plays Gerald Durrell in the new TV series based on the life of the conservationist, and this Sunday the show premieres on PBS.


Tune-in alert: Escape to Greece with the Durrell family! The #DurrellsPBS in Corfu premieres this Sun. 10/16 at 8/7c on MASTERPIECE on @PBS. pic.twitter.com/kopMDW58gT
— Masterpiece PBS (@masterpiecepbs) October 14, 2016

According to the charity, the series follows a young Gerald Durrell and his magical childhood on the Greek island of Corfu in the 1930s. It was an instant hit with audiences overseas, and a second series is on the way.


The Durrell family adjusts to their new surroundings in an exclusive clip from this Sunday's premiere of The #DurrellsPBS in Corfu! pic.twitter.com/9MTWVrA9Eb
— Masterpiece PBS (@masterpiecepbs) October 12, 2016


Learn more at PBS, where they give you 9 more reasons to watch The Durrells.
Posted by Blog Administrator