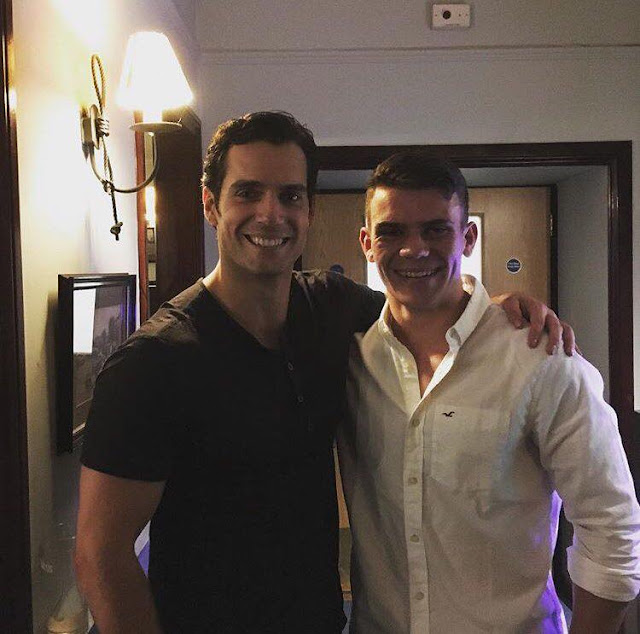 Ben_Laws_1: "Had an awesome night out after a long day doing the #CommandoChallenge with Henry Cavill."


Ben was one of the Royal Marines who ran the Commando Challenge course with Henry. As you can see they both clean up well! -- Click on the Royal Navy's post to read about Ben's experience working with Henry and how he thought he did during the race. They also talked to Henry about his support for the Royal Marines.

ITV posted new footage of Team Cavill during the mud run, and their interview with him. It's a MUST WATCH.


Henry's efforts also made the front page of the newspaper today, and in a new article posted by The Royal Marines Charity he talks about his "huge respect" for the armed forces. Give it a read at the link below.

His work as their ambassador over the weekend, has been gaining him accolades from members of the military.


The Commando Training Centre shared these new pics from the mud run as well.


Henry talked to us about why it's so important to support The Royal Marines Charity, watch his message -- and a big thanks to fans who have been donating to his fundraising page.


Lastly, PLEASE VOTE FOR HENRY as Celebrity Fundraiser of the Year at the JustGiving Awards. Voting closes Wednesday, and a win would be great exposure for both Durrell Wildlife and The Royal Marines Charity.. plus he really deserves the recognition. It only takes a few seconds, HERE IS THE LINK again. More from the Commando Challenge to come!